In 2010 we were treated to an amazing title fight between Hamilton, Vettel, Alonso, Jenson Button and Mark Webber. This was amazing not just because it was such a close year, but because at the time they were some of the best drivers in F1 (along with Robert Kubica and Michael Schumacher). It was also the last time we had a proper title fight between more than two drivers.

Hamilton hopes that changes soon as he’s said he’d like to be part of a championship battle with who he sees as the four best drivers in the sport at the moment – himself, Sebastian Vettel, Max Verstappen, and Fernando Alonso. He also talked about how he sees his rivals:

“We’re the four strongest drivers. I really hope we are all in the fight next year. It would be amazing. They all have different characteristics. Sebastian, for example, from this year, you could say: ‘Give more space.’ Not in a negative way.

“Max – takes a lot of risks. Also you have to give more space but he is more inexperienced than the other guys. Fernando – toughest driver there is, so you have to keep that utmost respect for each other but you’ve really got to play your cards right.”

Ahh yes, Hamilton vs Alonso. In Mexico we were treated to a glimpse of what could have been over the last few years when we saw the two duke it out.

Hamilton cited that as an example of why he thinks Alonso is so good, but also said that Max could be on his way to being right up there.

“[Alonso] was very hard and tough but fair [In Mexico]. Friggin’ heck – his racecraft is mighty.

“But Max’s racecraft is very impressive. He’s doing wonderful things but he is going to grow so much over the next 10 years. I don’t think it will be a problem, it’ll just be freaking tough. Wouldn’t that be a fight? Even I’d pay to see that.”

And what about Sebastian Vettel, the guy he fought for the title this year, occasionally in somewhat ‘controversial’ circumstances? What does Lewis think is the reason for his dodgy moments in Baku, Singapore, and Mexico?

“I don’t know, that’s difficult. Anything I say would just be an assumption. I’m not going to tell you what I’ve learned but you can see it and I think you guys have learned about him.

“He shouldn’t shy away from that. He will learn from the experiences, as we all do. I have had years like that. He has had years of complete solidity like [mine] this year as well. I imagine next year he’s going to be coming back guns blazing.”

It’s great to hear Lewis’ thoughts because it’s not often a driver opens up and offers an opinion on their rivals like this.

He surely isn’t alone in wanting to see a multi-driver title battle at some point either – especially if it’s between four of the best drivers from four different teams. 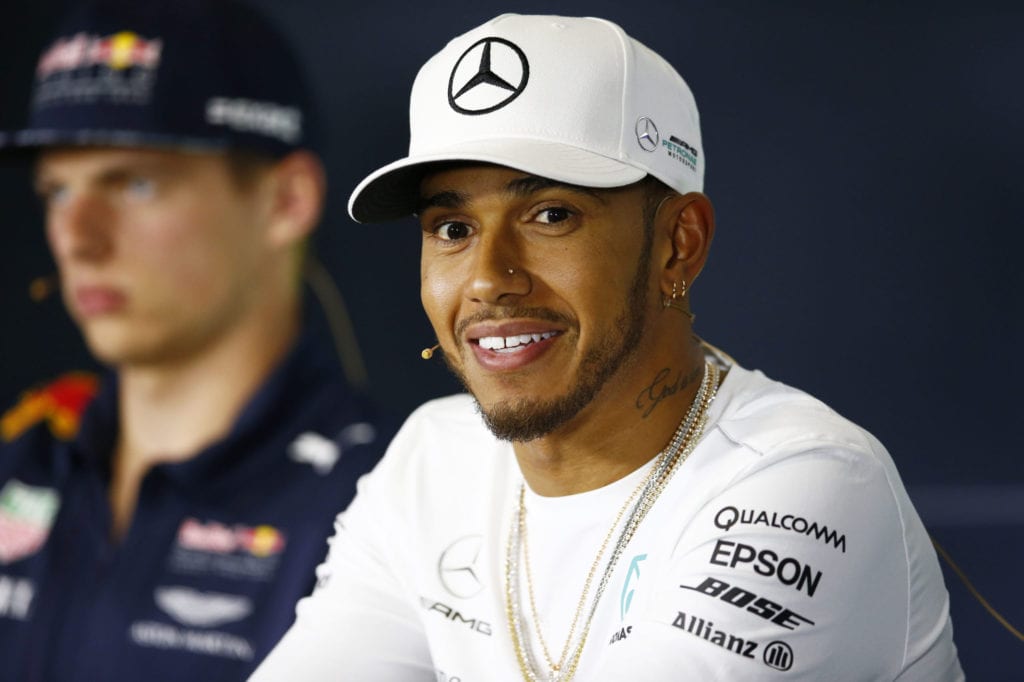