The Nascar Sprint Cup race at the Kansas Speedway was disrupted by a red flag on lap 200 of 267 after a terrifying crash between Logano, Patrick and Almirola.

A breakage on Logano’s car turned him into Patrick and both cars shot up the circuit and into the barrier at high speed, with sparks and flames being kicked up.

Almirola had no way of slowing down in time to avoid it and slid into their crashing cars with such force all four wheels were lifted off the ground.

Even more flames erupted on impact and while Logano and Patrick were OK, Almirola had to be cut out of his car and was alert and awake while he was removed.

He was airlifted to hospital and is in a stable condition, but has been held overnight for observation after the heavy crash – according to a statement from his team.

When the race resumed, it was Martin Truex Jr who beat Brad Keselowski and Kevin Harvick to victory after a record 15 cautions at Kansas. 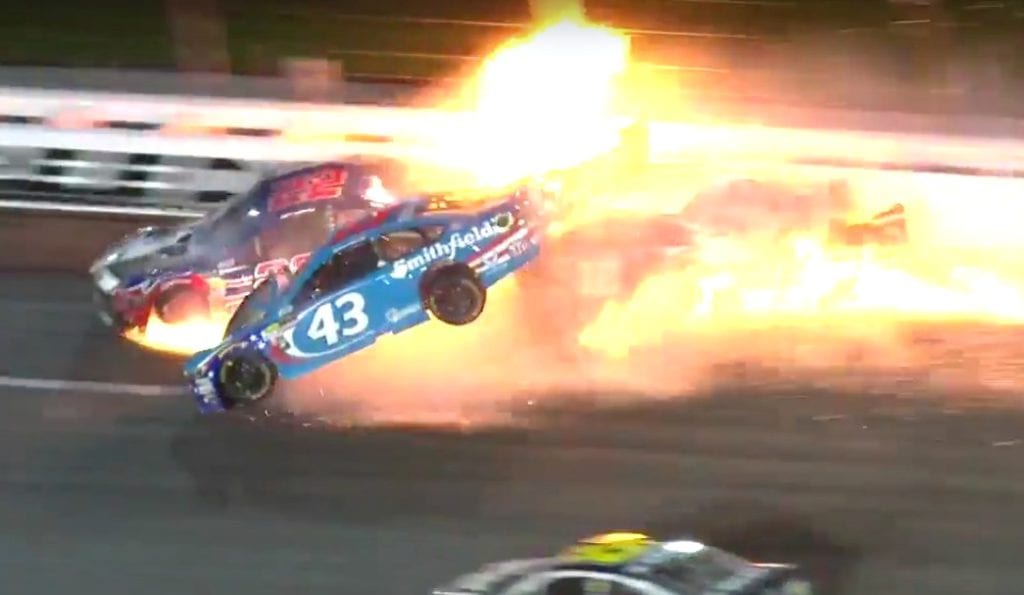