Listen To Alonso Argue With His Team About Tyre Choice – WTF1
Skip to content
×
Formula 1 , News

Listen To Alonso Argue With His Team About Tyre Choice

Rain is an opportunity for any driver or team in the midfield to benefit hugely from a tyre gamble. However, in the German GP, switching to inters didn’t really work out for anyone because the rain simply wasn’t heavy enough. Some (like Nico Hulkenberg and Romain Grosjean) managed to recover any lost places thanks to the safety car, but others lost out big time.

One of those was Alonso, who argued with his team about what the right tyres to be on in the conditions were.

(Skip to 7m 20 for the weather discussions)

Having to stop again dropped him a lap behind several other drivers in the midfield, which mean that he couldn’t benefit from the gaps being closed up under the safety car. With nothing left to gain, on the last lap he and the team decided to retire the car.

Fernando wasn’t the only one who made a poor call, though. Pierre Gasly was bizarrely seen on the full wets, a decision made by the team (and not the driver) which, unsurprisingly, completely backfired. 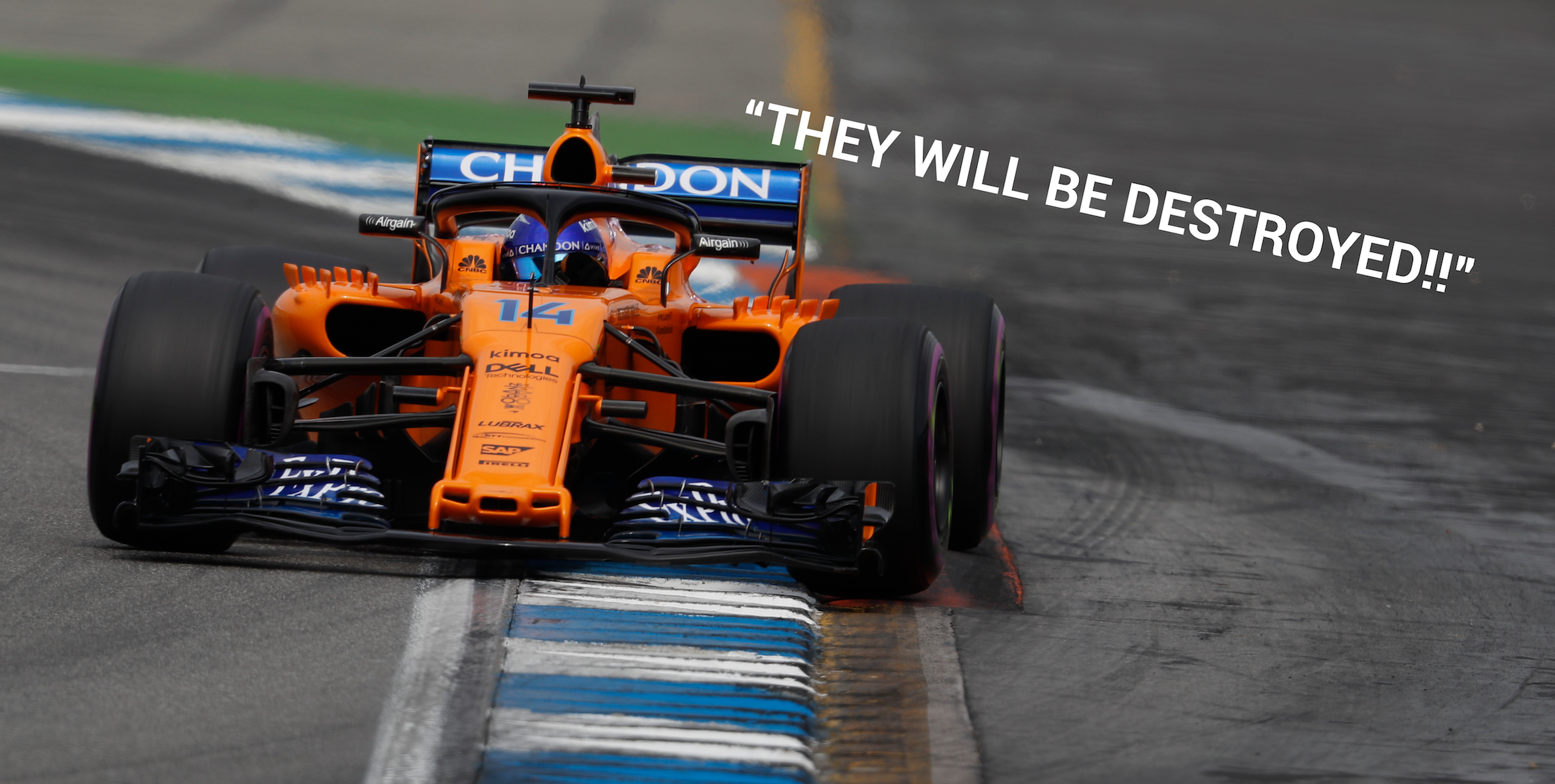