Listen To Gasly Throw Shade At McLaren On Team Radio

After finishing fifth in Melbourne with the new McLaren-Renault package, a psyched up Alonso told his team on the slow down lap “now we can fight”. Meanwhile, Toro Rosso had a horrible race, Brendon Hartley finishing last and Gasly retiring with a power unit failure.

Fast-forward two weeks to Bahrain and Toro Rosso was much faster than McLaren as Gasly qualified fifth and finished an incredible fourth, the Honda engine running flawlessly throughout and seemingly with plenty of power. As if that didn’t rub enough salt into McLaren’s wounds, Gasly, ever the joker, had the brilliant idea to quote Fernando on his slowdown lap.

It’s not the only time Toro Rosso has poked fun at McLaren for its inability to make the Honda partnership work – remember the spoof FAQ the team released over the off-season, or the ‘typo’ in a tweet during testing which read “all systems Woking, let’s do this”.

With the team already up against it was power unit components this year stuff like this might come back to haunt them, but for now they’re hilarious, so let’s just enjoy it! 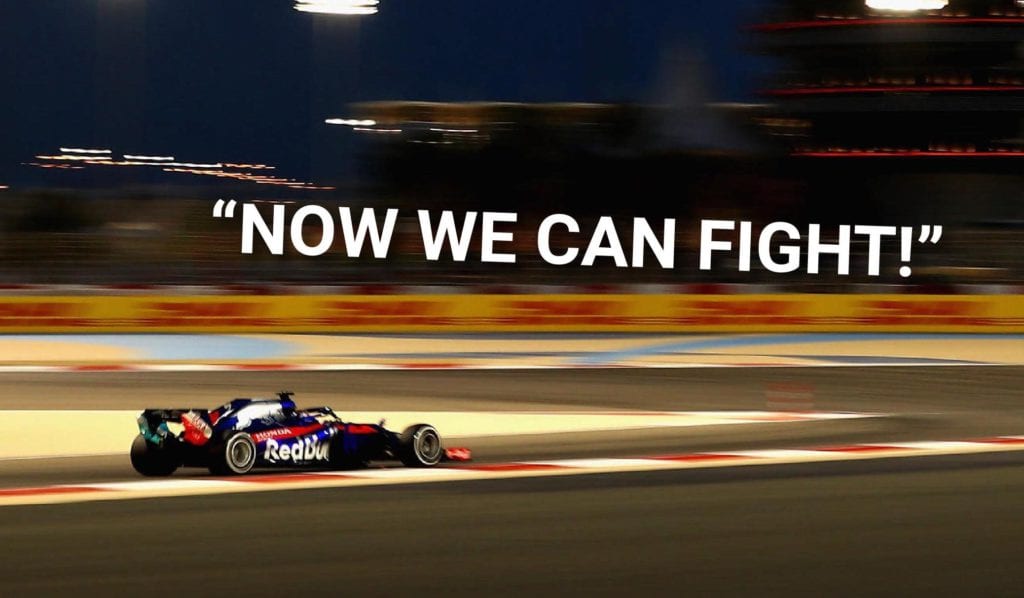