Last year we got pretty used to Sebastian Vettel getting angry over the team radio and swearing at pretty much everyone and everything.

But things are going much better for him this year and so far we haven’t heard him complain about impromptu ping pong matches or tell the race director to f**k off.

After an incredibly close qualifying in Spain which saw him miss out on pole by just half a tenth sweary Sebastian made a return, although this time it was more in frustration at his own errors than anything else.

Vettel was on a great lap during the final moments of qualifying and looked set to snatch an unlikely pole position, but a bad final sector cost him time to Lewis Hamilton and he had to settle for second.

It’s understandable that he was annoyed with himself; overtaking at the Catalunya circuit is incredibly difficult and pole position can be a big help. He’ll have to ace the start if he doesn’t want to spend the first part of the race stuck behind other cars! 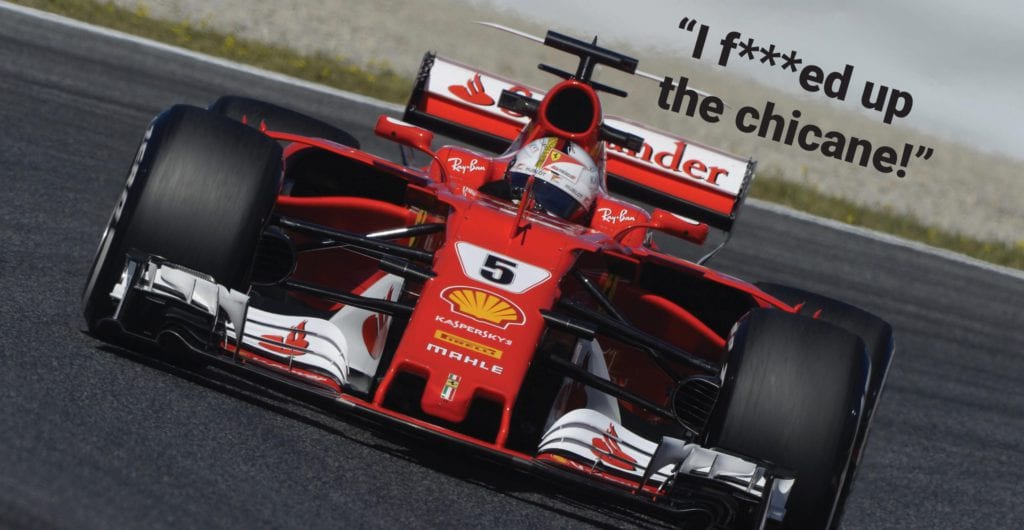