LMP1 Drivers Are Annoyed At How Much Of An Advantage Toyota Has – WTF1
Skip to content
×
Endurance , News

The loss of Porsche and Audi from LMP1 over the last couple of years sucked, but the class appeared to have been saved by an influx of privateer teams running non-hybrid cars. Toyota would still have an advantage in terms of fuel economy, but the rules were altered so that all the cars should theoretically be able to achieve similar lap times. Ginetta was even hoping to win the title in its first year.

Following the WEC’s Prologue testing event at Paul Ricard, however, it became clear that Toyota was still way, way faster – by more than four seconds a lap. However, the team later admitted it was running outside of the rules at the time and that when adjusted for the ‘Equivalence of Technology’ regulations, the pace was actually pretty similar to that of the privateer teams.

Even so, Toyota has been given a boost in performance for the opening round at Spa next weekend and some of the other drivers are a little concerned at how much of a potential advantage the Japanese manufacturer has. Although there are no longer separate championships for hybrid and non-hybrid (privateer) LMP1 cars, ByKolles driver Oli Webb says it still feels like there is. He told Autosport:

“When you’re three or four seconds off, it would be silly to think it’s realistic to fight for first in a six-hour race. We’ll always fight until the last lap, and if they have a misfortune, we’ll take advantage, but there’s still a privateer and factory class, even though it’s not written down. It sucks a little bit because you want to fight. It would be nice to have a privateer category still, but I guess that wouldn’t happen because Toyota would be by themselves.”

Mikhail Aleshin will race SMP Racing’s Dallara-built BR1 this season, which in testing proved to be the fastest non-Toyota, and he’s really peeved about it.

He reckons the current situation in LMP1 would be like letting an F1 team use as many V12 engines as they want in a season, such is the performance disparity. He said:

“Can you imagine if one team in F1 is allowed to have a V12 twin-turbo engine without any [limit on] number of engines to use in a year? What’s going to be the result? Even if it’s Ferrari, which has been there forever, you ask the people who are driving 1.6-litre what they think about it. It’s the same.

“I understand [Toyota’s] situation, but I just think we all want to deserve our results. I don’t think they want to win races by three laps, because for them it’s also not interesting. “It’s not interesting for us, and it’s not good for the show. So I think we are in the same boat; we just need to figure out how to work together.”

It kinda sucks that of the 10 LMP1 cars this season, it looks like only two will be able to actually compete at the front. But did we really expect anything else? As well as Toyota having plenty of experience and a bigger budget than its rivals, the FIA and ACO were never going to try and overly hinder the only LMP1 manufacturer that hasn’t walked away from the series. And whilst the two Toyota’s streak away at the front of the field, we should at least have some mega battles for third.

One person the lack of competition in LMP1 has to be good news for is Fernando Alonso. He’ll really be fancying his chances of a championship and, barring Toyota’s traditional bad luck, a bit of Le Mans silverware… 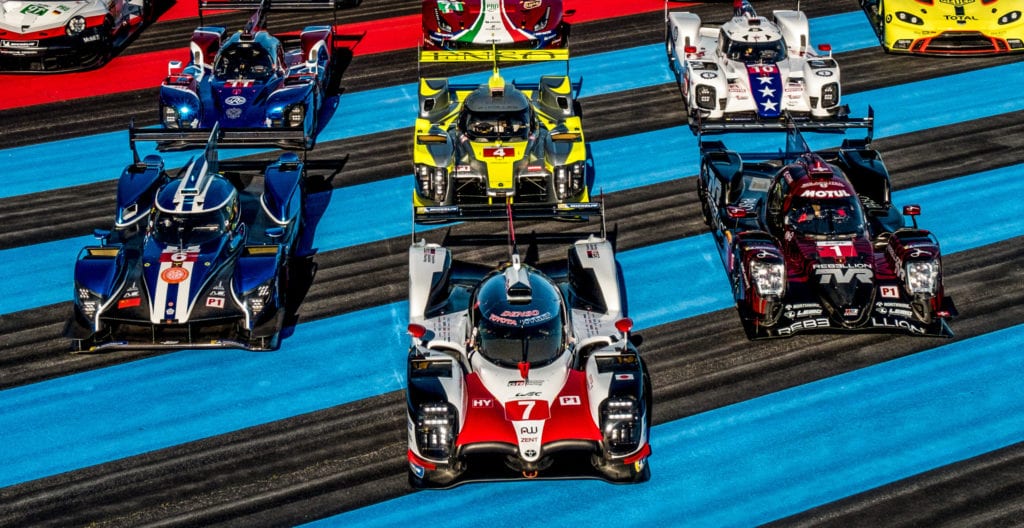