Lord Pastor Maldonado Could Have Ended Up At Ferrari – WTF1
Skip to content
×
Formula 1 , News

Lord Pastor Maldonado Could Have Ended Up At Ferrari

Drink it in – the one-time grand prix winner came closing to joining the Scuderia, just in time for one of its most disastrous cars, the aptly-named F14 T. Instead, he ended up driving a two-pronged Lotus that acted like Matilda from Robot Wars when Esteban Gutierrez crossed his path in Bahrain. Swings and roundabouts.

Speaking on the official F1 podcast, Beyond The Grid, Maldonado explained that the move was discussed at a time when he was one of the drivers to watch. Then again, when wasn’t he? In 2012, some amazing defensive driving kept Alonso at bay at Catalunya – making Maldonado Venezuela’s first ever F1 winner and Williams’ first victor for nearly eight years. A hugely disappointing ‘13 packaged from Williams, and suspicions of foul play regarding car setup, eroded the relationship between Pastor and the Grove-based team, leading to an exit far before the end of his contract.

In comes Ferrari. Maldonado said that he “expected” to be making a very high-profile switch for the start of the turbo-hybrid era, but Ferrari decided instead to take advantage of Kimi Raikkonen’s dispute with Lotus and re-sign the Finn.

“I was the only one, I was the new guy in F1. It’s like [Max] Verstappen at the moment. Like Robert Kubica at his time. I was the guy at the time. People were coming to me, they were happy to talk to me, and they were happy to discuss me. What was not clear was the relationship with the sponsors [Venezuelan oil giants PDVSA], of course. It was a lot of conflict of interest against the sponsors and we were negotiating about that. My sponsors were open to maybe not to be on the car or be with another company, they were open to find a solution to my career.

“At some point we got very close to Ferrari. I was expecting the move at the time. That was my time. It was the moment to have a second chance, not to fight to try to show [my ability] every day, because it was impossible. We lost the contacts and the communication and we focused [elsewhere]. I’ve never been to Maranello but we had a few meetings at the track. I met [Stefano] Domenicali a few times and I met also [Luca] di Montezemolo.”

As Maldonando said, the main protagonists in the deal on Ferrari’s side were president Montezemolo and team principal Domenicali. But after a woeful start to 2014, both of them resigned – Montzemolo in October and Domenicali after April’s Bahrain Grand Prix. This ended Pastor’s Prancing Horse ambitions.

To make matters worse, Williams utilised a class-leading Mercedes engine to take third in the Constructors’ Championship in ‘14, and fourth in ‘15, while Lotus plummeted into the mire of the midfield. Maldonado and the Lotus name then left F1 at the end of 2015.

Oh what could have been…. 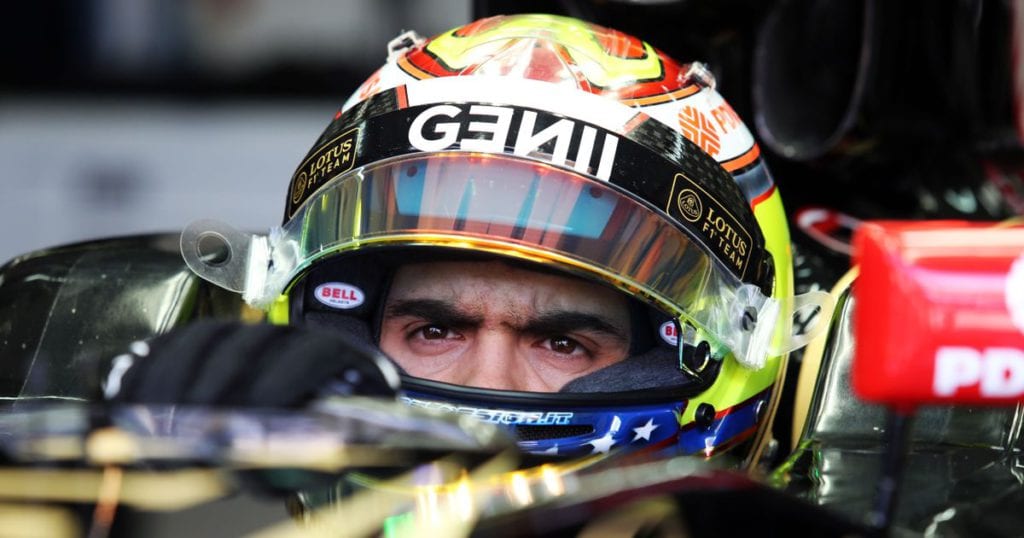