The WEC’s New Hypercar Class Has Been Plunged Into Uncertainty

Were you excited for the start of the 2020/21 World Endurance Championship season in September? Yeah, us too. LMP1 is set to be replaced by the new Le Mans Hypercar category and manufacturer interest was high. Aston Martin came right out of the blocks and said it was going to race its Adrian Newey-designed Valkyrie and Toyota said that it would build a car to continue competing. Peugeot also announced that they’d be building a car ready to compete in a couple of years’ time. Throw in privateer efforts from Glickenhaus and By Kolles and you’ve got a very juicy grid of cars.

After a couple of low seasons, it looked like the top class of the WEC was about to bounce back and become a must-watch series.

Then, it slightly shot itself in the foot. For years, the FIA and ACO have been trying to find a way to allow the prototypes that compete in IMSA’s WeatherTech Sports Car Championship to compete at Le Mans and other races as another way to attrack more manufacturers. Ahead of this year’s Daytona 24 Hours, it was announced that a new category, LMDh, would solve exactly that issue. Based on the next gen of LMP2 car, manufacturers would be able to add their own bodywork and engines to a chassis, couple it with a spec hybrid unit, and with the help of some ‘Balance of Performance’ adjustments, be able to compete with the Hypercars at Le Mans.

You can see the problem. LMDh almost entirely steps on the toes of the Hypercar category – why would a manufacturer want to spend millions developing and racing a bespoke Hypercar when it can get most of thing needed to race in LMDh off the shelf and end up with a car almost as fast, but for vastly less money and which is potentially able to compete in more events around the world?

Aston Martin has said that it has postponed – not full on cancelled – its Hypercar programme precisely because of the creation of this new class, saying in a statement:

“Aston Martin Lagonda has postponed development of its [WEC] Hypercar race entry, following the recent decision by the [ACO] and the [IMSA] to harmonise the Hypercar class with the so-called LMDh prototype category in the WEC from 2021 and the US-based [WTSCC] from 2022.

“This decision means that the Aston Martin Valkyrie Hypercar will not make its WEC debut at Silverstone in August 2020 or compete in the 2021 24 Hours of Le Mans. Aston Martin will now pause as it considers whether to continue in any future prototype class. Aston Martin remains open to working with both organisations to find a suitable pathway for any future participation.

OK, so one team dropping out is sad (especially as it means that a Cosworth V12 won’t be screaming down the Mulsanne next year) but it’s not the end of the world is it? After all, we’ll still have plenty of other teams racing… maybe.

Having enjoyed untouchable dominance over the last few years, Toyota would quite like a bit of friendly competition and was looking forward to going up against Aston next season. Now that’s no longer happening, the Japanese manufacturer said that it will have to “consider the situation and confirm our position in due course” – though it has now reaffirmed that it will have a hypercar on the grid for next season. So that’s good at least.

However, the uncertainty continues as Peugeot is also having second thoughts. Rebellion Racing was supposed to help with their endurance programme, but has since stated that it will end it’s racing operations at the end of the current season. Peugeot motorsport boss Jean-Marc Finot recently told Sportscar365 that the if the technical specifics for LMDh are satisfactory, it could switch to developing something for that category instead.

That leaves us with the prospect of the Hypercar category once again being dominated by Toyota – it’s hard to believe that Glickenhaus or ByKolles would be able to compete with the might of a company like Toyota.

At this point, it’s hard to see a future for the Hypercar class. Even if Aston, Toyota, and Peugeot all commit in the future, it still leaves us with an interim season of a tiny grid which is much the same as we have now as LMDh doesn’t come into effect until the 2021 WEC season begins next September.

Instead of letting the hypercars live on as a skeleton class, it almost seems the best thing to do would be to simply scrap the top class for a year, make LMP2 the top category, and invite all of the current DPi cars that race in IMSA over to compete at Le Mans and bulk the grid out. Then, from the 2021/22 season, LMDh takes over as the top class globally, manufacturers enter the sport that way, and we all enjoy some lovely racing. 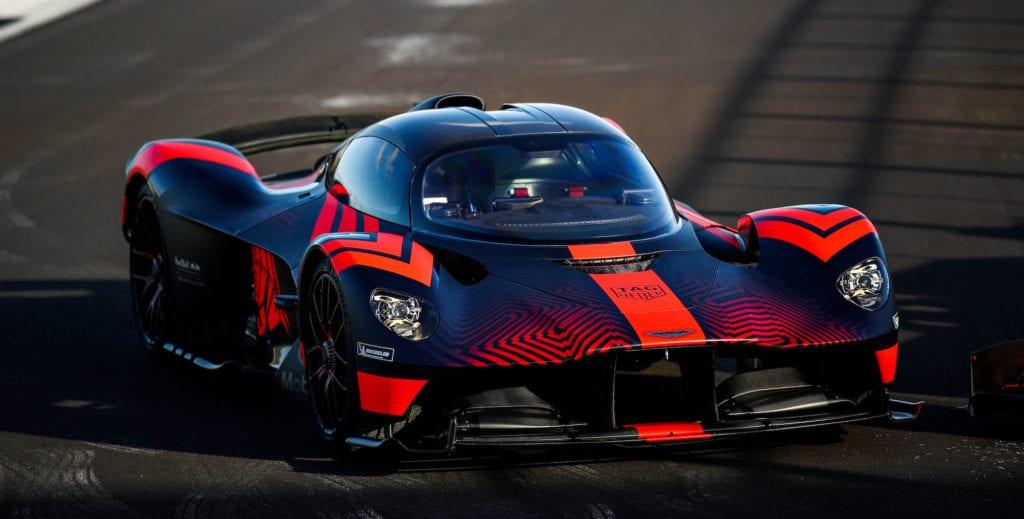