We’re used to hearing plenty of swearing during Formula 1 races, particularly when Sebastian Vettel is on the radio, but they’re of course always censored by FOM.

Kevin Magnussen though managed to slip an f-bomb into the live broadcast and for whatever reason, the word didn’t get censored. Perhaps the person in charge of pressing the beep button was on holiday?

The Dane was clearly frustrated having already suffered a car issue during qualifying when Haas were performing well all weekend. 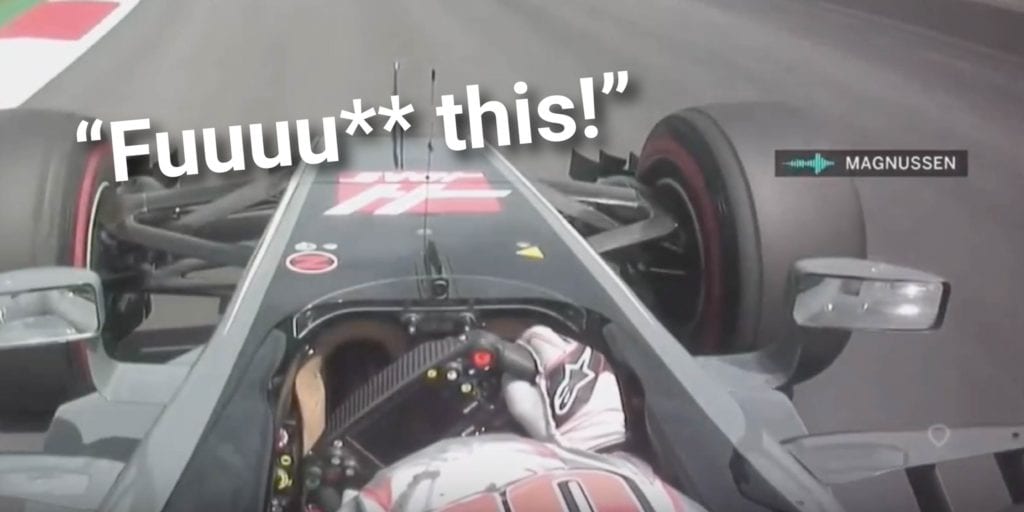