Magnussen Said He Didn’t Know He Loved Grosjean So Much Until After The Bahrain Crash – WTF1
Skip to content
×
Formula 1 , News
3 comments

Kevin Magnussen, who looks set to compete in his final F1 race this weekend, has talked openly about the love he has for his teammate Romain Grosjean after his horror crash at the Bahrain Grand Prix.

We all let out a huge sigh of relief when Romain Grosjean emerged from the fiery wreckage of his accident last weekend. In the days that followed, social media was flooded with well-wishes and an outpouring of love from fans, teams and drivers alike who were so grateful to see Romain alive and well.

None more so than Grosjean’s Haas teammate Kevin Magnussen.

“I know Romain so well, we’re good friends,” Kevin said in an interview with Ziggo Sport ahead of the Sakhir Grand Prix.

“When [the crash] happened, I didn’t know I loved Romain so much.

“It suddenly becomes very real when it’s someone you know so well.

“It wasn’t nice. It was a horrible experience.”

His emotions are exactly how we’re feeling.

K-Mag and Romain are the most underrated bromance on the grid and we will certainly miss them both from F1 next year. They have been teammates at Haas since 2017 and are one of the longest-standing driver pairings in F1 history.

Romain has also confirmed he won’t be able to take part in the final race of the season at Abu Dhabi and will be replaced by Pietro Fittipaldi once again. 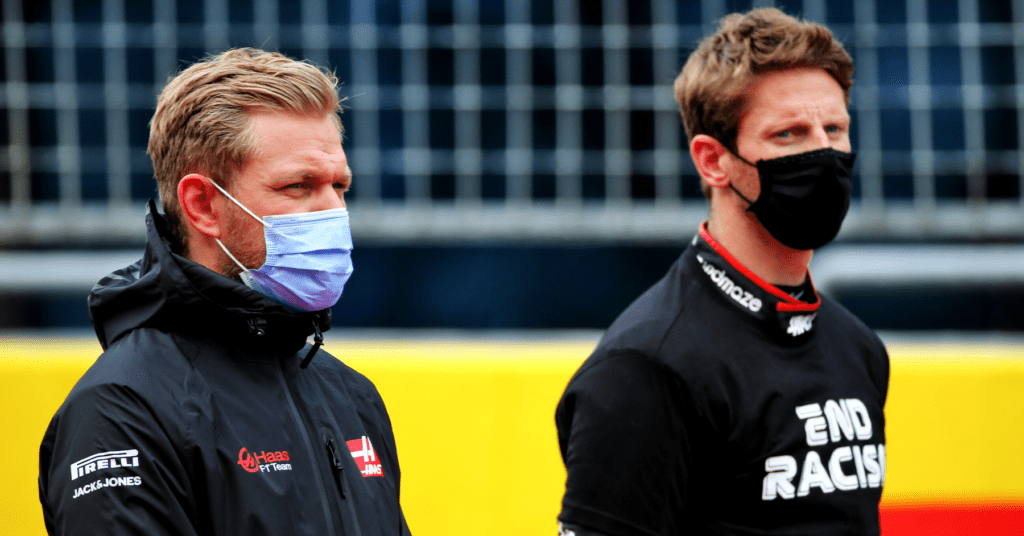