Magnussen Says He’d Love To Race In IndyCar Once His F1 Career Is Over – WTF1
Skip to content
×
Formula 1 , Indycar , News

It’s usually towards the end of an F1 driver’s career that they start talking about what they’re going to do next, but 25-year-old Kevin Magnussen is already thinking about other potential racing plans. He’s seriously keen to go to America and race in IndyCar – and not just at the Indy 500 (like Fernando Alonso did), but to compete in the whole season. He told Crash.net:

“I wouldn’t do it at the same time as Formula 1. I wouldn’t like to do that. It would require full focus, and I’d like to do more than just the Indy 500. I’d like to do a full season of IndyCar if I was going to do it I think. But whether I’ll get a chance to do that, I don’t know. If I race here [in F1] for 15 years, then would you really want to go and do that after? Maybe. Maybe not.”

Had things gone a little differently, Magnussen could already have a year of IndyCar under his belt. Back when he lost his race seat at McLaren he was close to securing a deal to race for Andretti in 2015, but McLaren was still in the Ron Dennis era, so of course, the move was blocked. Thanks, Ron.

Heading into his second year with Haas, K-Mag’s F1 career is arguably at something of a crossroads. If he has a good season and can match or even beat Romain Grosjean, then he could be around for a while longer. If not, then there are plenty of young drivers coming through and you’d think his seat could be under threat.

It’d be a shame if that happened as his no-nonsense, aggressive driving style riles up the other drivers, and it’s always good to have a character like that in F1.

F1’s loss would surely be IndyCar’s gain though. He’d fit in well there, and just think – there’d be a whole new group of drivers he could tell to suck his balls… 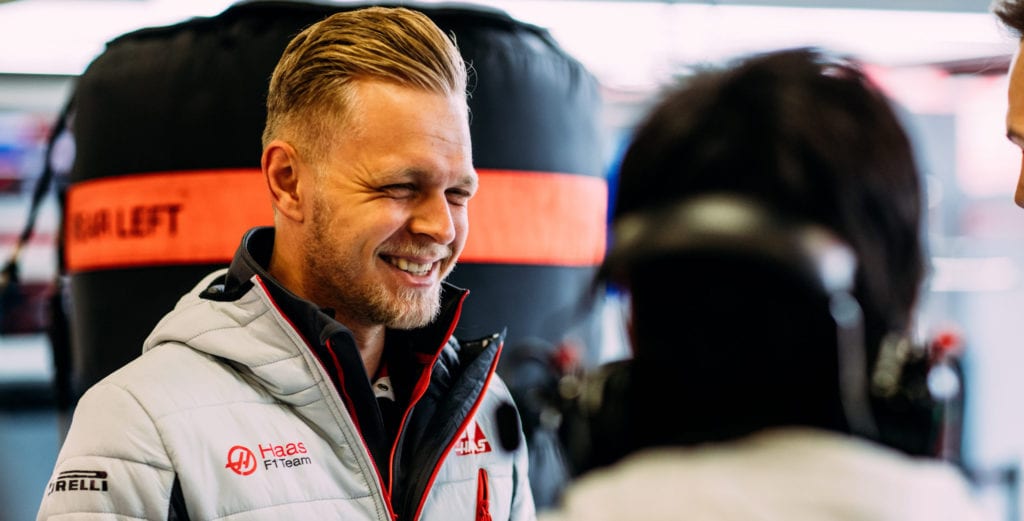