Magnussen Unleashed A Ton Of F-Bombs After His Qualifying Was Spoiled By Raikkonen – WTF1
Skip to content
×
Formula 1 , Fun , News

Haas looks to have a seriously strong car this weekend, but could only qualify ninth and 10th. Romain Grosjean’s position can be explained by a crash, but Magnussen feels his inability to outqualify Charles Leclerc or Carlos Sainz was because he was blocked by Kimi Raikkonen.

(Warning – there’s plenty of swearing ahead.)

But instead of just saying he was blocked, K-Mag first complained over team radio, saying “what the fuck is he doing?!” before launching into a sweary tirade after qualifying criticising Raikkonen’s “confused” driving.

“[I was] very upset. Because, what is he doing? He fucked all his laps, he had fuel for I don’t know how many laps, everyone else has fuel for one lap, so to begin with I thought he would box ‘cause he fucked his lap.

“And then he tries again immediately the lap after. Overtakes us, backed off again – then surely he’s going to box. But then he tries again. So it’s three laps in a row that he tried to push and it makes no sense. There’s no way to predict what he is going to do. And then he obviously overtakes me into Turn 1, and fucks my lap, and doesn’t even complete his lap.”

“I don’t know, if you’re that confused, just try not to get in the way of anyone else. I don’t know if what he did is against the rules, but surely he is impossible to predict. And also he is stopping at Turn 14, then he’s pushing, then he’s stopping, that’s erratic driving in my mind, but I don’t know if it is in the stewards’ mind.”

It was in the stewards’ mind – they investigated the incidents to see whether or not Kimi needed to be handed a penalty, but decided against it.

Magnussen added that it the whole thing was made worse by the fact that Kimi’s final effort wasn’t even that good:

“It’s frustrating what happened. I don’t think it was necessary. I think he just had no idea what to do and he was desperate to get a lap, he hadn’t done a lap, he fucked all his laps. He was desperate.”

Raikkonen’s qualifying certainly was poor as he ended the session behind both Red Bulls, over a second away from pole, and more than six-tenths behind his teammate.

The stewards’ decision not to penalise the Finn suggests that his actions weren’t as obstructive as K-Mag implied, but still – you can’t beat a good rant! 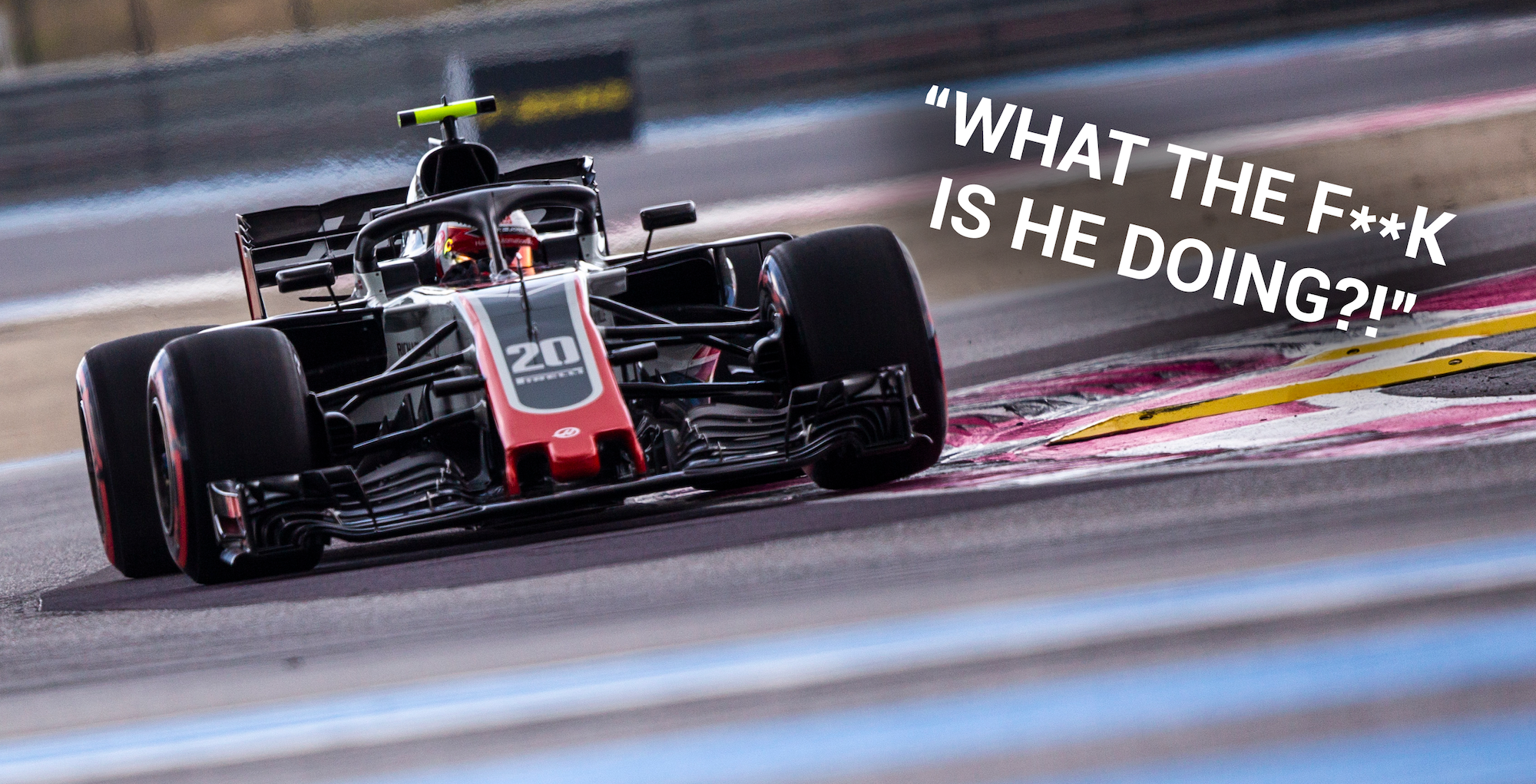