Magnussen Will Start The Canadian GP From The Pit Lane – WTF1
Skip to content
×
Formula 1 , News

Magnussen Will Start The Canadian GP From The Pit Lane

Magnussen brush with the Wall of Champions followed by a shunt into the pit wall spoiled the laps of a few drivers – his own teammate included. Even though he technically qualified 10th, he won’t be taking his spot on the grid. The team has decided that a five-place penalty for a gearbox change would leave him so compromised on strategy that they might as well give Magnussen a whole new chassis and start him from the pits. Guenther Steiner said:

Magnussen said it was “bad luck” that such a small tap on the wall turned into such a big accident but remained optimistic for the race:

“There’s loads of chance, sometimes you have a crazy race and you can make it to the top. But there’s also the chance that I’ll start from the pit lane, get the two Williams and have a good time from there. Anything can happen.”

Bit dismissive of Williams there (OK, maybe understandably!) but you’ve gotta admire the optimism. Plus, of all the drivers to stage a fight through the field, K-Mag is possibly going to be one of the most entertaining.

Carlos Sainz has also ended up with a grid drop courtesy of his block on Alex Albon at Turn 2 during Q1. It didn’t have any real impact on Albon’s session, but a block is a block, and the stewards have issued the McLaren driver a three-place penalty. He’d qualified ninth, just ahead of Magnussen, so depending on the order in which the penalties are applied he’ll either start 11th or 12th.

One driver to avoid a penalty was Charles Leclerc. He cut the track at Turn 9 and failed to rejoin the track via the route around the bollard, which earned him a stewards investigation. However, since he’d backed off and rejoined the track safely, they felt no penalty was necessary. If the same thing happens again in the race, though, Leclerc (or any other driver, for that matter) will have to do so properly, otherwise it’ll be a time penalty. 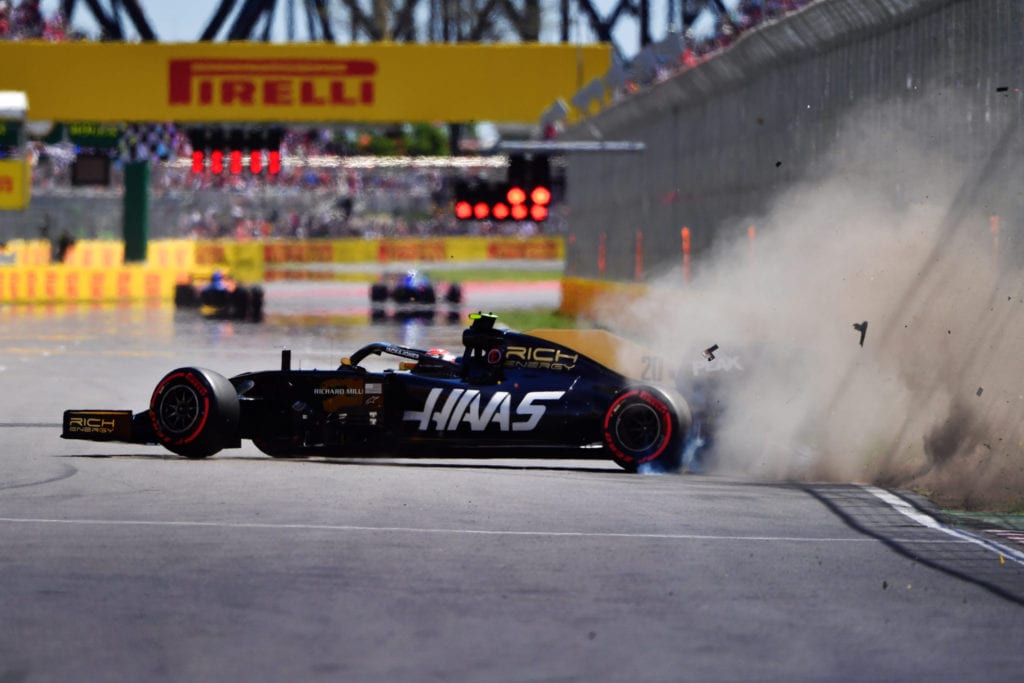