Magnussen Wishes He Could Have Raced In The 1960s Because He Likes The Danger – WTF1
Skip to content
×
Formula 1 , News

Magnussen is a no-nonsense, old-school driver who isn’t afraid to speak his mind. He’s outspoken in his criticism of the Halo because it takes away from the danger and risk of the sport – something there was plenty of in the 1960s, the era he would have most liked to race in. He told Reuters:

“I dream of racing in the ‘60s. If I had one wish, I would say to be born in the ‘30s and be young in the ‘50s and ‘60s. It hurts my racing heart when I see things so far from what it was back then. I envy those guys so much. It was just pure and more exciting. You could make a difference if you were really willing to take risks. And also if you felt comfortable on that limit. Now everyone feels comfortable, there’s no risk.

“Back then, if you have the ability to be calm and collected, on the limit of death effectively, you made a difference. And now that’s not really a factor any more.”

When it comes to the limits of what it’s acceptable to do on a race track, Magnussen treads – and sometimes steps over – that line perhaps more than any other driver on the grid. Funnily enough, that’s an attitude that probably wouldn’t have served him very well 50 years ago, although he added he’d be willing to die in a racing car in pursuit of his goals – a view probably not shared by many of his rivals.

“I don’t like compromises. I will give everything. I will die in the car. I won’t hold back. I would put my life on [the line]. Absolutely. When you put your helmet on and you’re in the race, I find that’s just everything there is in the world.

“I love my family, and there’s so many things in life I enjoy, but when I’m in the car there’s nothing else that means anything. For me, when I get in the car, the essential of life is Formula 1.”

Well, those are slightly worrying comments. You have to wonder what someone like Jackie Stewart would make of it all.

Magnussen’s attitude can make for some brilliantly bold overtakes (remember his pass on Felipe Massa at Suzuka last year?) but it explains why he’s so viciously aggressive at times, which has resulted in clumsy contact and left some frustrated rivals. He explained why he fights so hard though and said that he’d probably change his approach if he was fighting at the front.

“I race hard. In a situation like this with a midfield team, you’re not guaranteed to score points. And sometimes you have nothing to lose. You might get a penalty, you might lose your front wing, but there’s nothing to lose if you’re 11th. Go for it. Sometimes you have to be a lot more aggressive when you’re fighting out there.

You have to say he has a point, but there’s a pretty big difference between what he’s done to the likes of Nico Hulkenberg and Fernando Alonso last year (forcing them off track at low speeds) and what he did to Pierre Gasly in Baku (trying to force him into the wall at maximum speed). 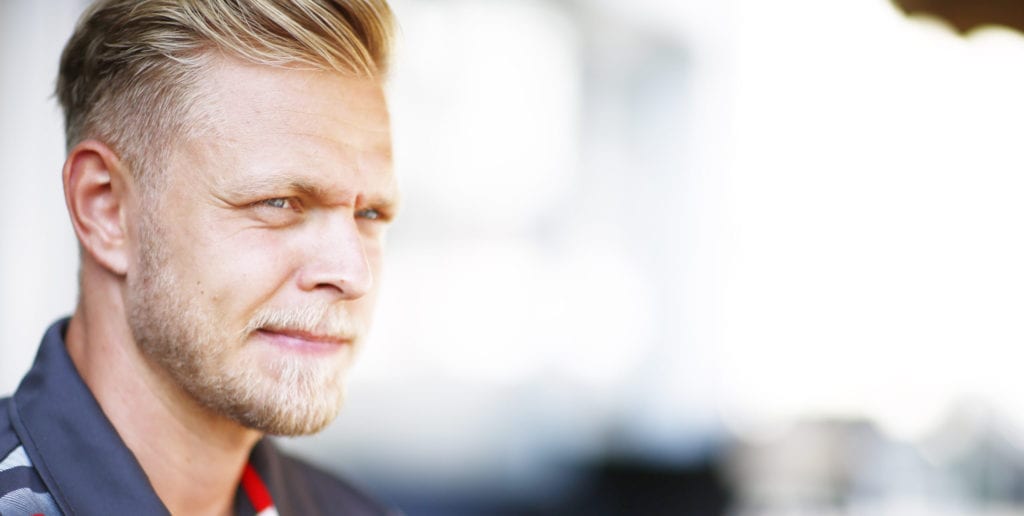