Kevin Magnussen didn’t have the best of weekends at Imola, after an issue with upshifting gears in his Haas generated a horrendous headache that ultimately led to his retirement in the race.

The problem, which was caused Magnussen’s head to move violently whenever he upshifted gears, was also present during qualifying too.

“We had a problem with the gearbox – we had it as well on my fastest lap in qualifying,” Magnussen said after the race.

“The problem came back in the race, it was there from the first lap. I was having slow up-shifts, and not only are they slow, it’s also like a big bang every time you up-shift. It seems okay for a couple of laps but then it starts shaking your head crazily. By the end I just had a massive headache.”

“I think they felt there was nothing to fight for, so they boxed me. I mean, I was spun around at the start and that was really the end of it. I lost so much time getting back on track.

“The pace was really good actually, it was better than we had expected – even with the up-shifts that were costing us around half a second a lap.”

The headache must have been bad for Magnussen, who has before continued to race even when suffering minor burns during the 2014 Singapore Grand Prix.

Then driving for McLaren, the Dane had an issue with his seat warming up which needed medical attention post-race. The heat caused his water to become boiling which scolded his mouth during the race, in addition to great discomfort on his back. 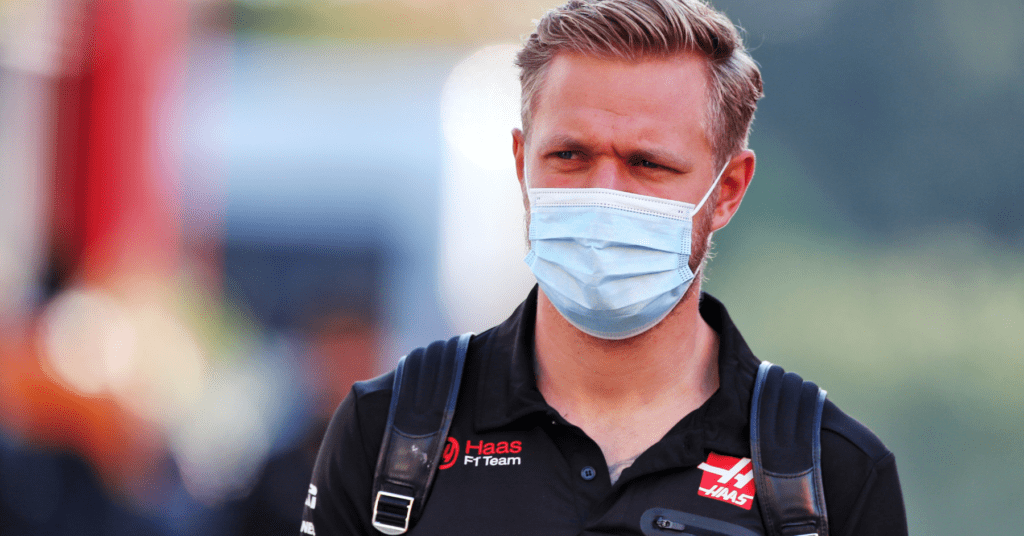