Mahaveer Raghunathan Has Been Given The Opportunity To Test An F1 Car – WTF1
Skip to content
×
Formula 1 , Juniors , WTF
7 comments

F1 is the pinnacle of motorsport. To earn even an F1 test, a driver has to prove they’re highly talented to be worth the time of one of the most exclusive sports teams on the planet. They must be the absolute best, or there’s no point even bothering. So in a shocking turn of events, F2 back-marker Mahaveer Raghunathan has tested an F1 car.

Mahaveer Raghunathan became an F2 legend for all the wrong reasons when he struggled to compete with the rest of the field in the 2019 season. He earned himself enough penalty to points in the first five rounds to get a ban for the next round, and when he returned, he did the same again! Only that time, he didn’t get a race ban because it was the end of the season.

In one season, he earned enough penalty points to be banned twice. That isn’t exactly great. Miraculously, he did score a point when he came 10th in feature race in Monza. There were many DNFs, but he kept it on the road and finished ahead of two other drivers, Nikita Mazepin and Marino Sato.

To see him pop up in front of an Alfa Romeo after doing a private test at the Hungaroring is pretty mad. He’s been driving the 2019 C38 car in a test alongside Sauber junior driver Theo Pourchaire.

Sauber Academy driver @TPourchaire had his first taste of F1 machinery during a private test at the Hungaroring yesterday. The young Frenchman completed a full programme throughout the session: a good job and the perfect send-off before the break! ✈️ pic.twitter.com/Elma4TDMDb

Pourchaire’s F2 career has been a bit more successful than Raghunathan’s. Theo is sixth in the 2021 standings and won the Monaco feature race. They both drove the same car, and Theo set a time of 1.19.2. Mahaveer managed a 1.21.1, so he was a bit slower, but it was surely a dream come true for both drivers!

Pourchaire said on Twitter: “I drove for the first time of my life an F1 car. I remember dreaming of that day as a kid. I would like to thanks the whole Alfa Romeo team for this amazing experience and unforgettable day.” 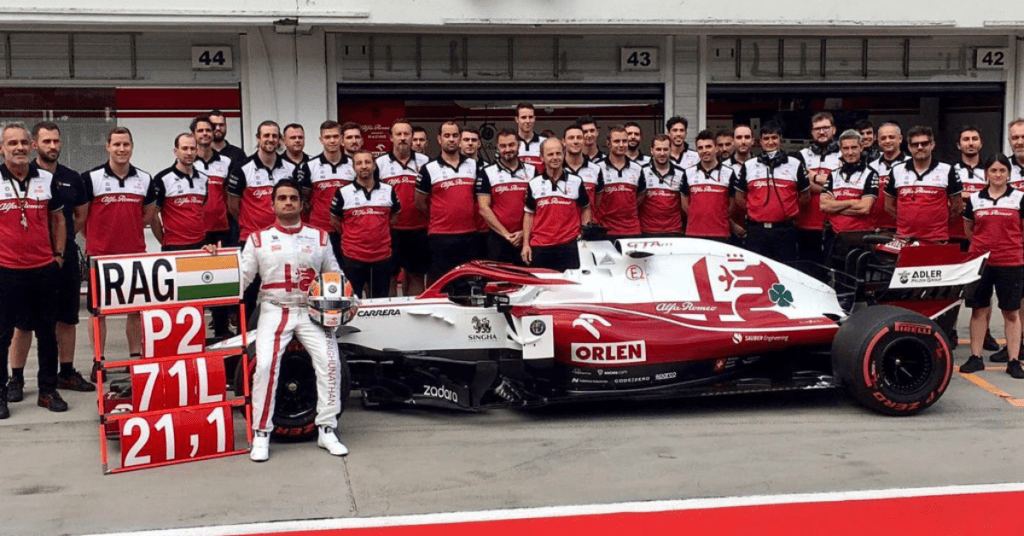