After winning its first race last year, Mahindra is ramping it up in the 2017/18 Formula E season and currently leads both the Drivers’ and Teams’ Championships courtesy of drivers Felix Rosenqvist and Nick Heidfeld.

It’s not stopping there, though, as the Indian team has just announced a partnership with the legendary Italian design house Pininfarina, which it bought in 2016.

Mahindra will have access to Pininfarina’s facilities – including its world-class wind tunnel – to help with the development and understanding of both its race car and future road car technology, focusing on things such as Computational Fluid Dynamics (CFD).

“We are now delighted to welcome Pininfarina and Tech Mahindra as partners, as we gear up to meet the challenges of this new season and beyond. Combining their design, technology and digital skills will significantly augment Mahindra Racing’s existing capabilities and raise the bar as far as our performance is concerned.”

This partnership enhances Pininfarina’s passion for racing and exceptional, environmentally responsible automotive performance. We also have developed a profound know how in aerodynamics: our cars have been said to be designed by the wind. We own one of the most advanced wind tunnels in the world, a centre of excellence for research and development in the aerodynamics and aero-acoustics field since 1972. Over the years many aerodynamic tests have been carried out in our wind tunnel for passenger cars, for Formula 1, for motorcycling and for the sports equipment of world-class athletes,” 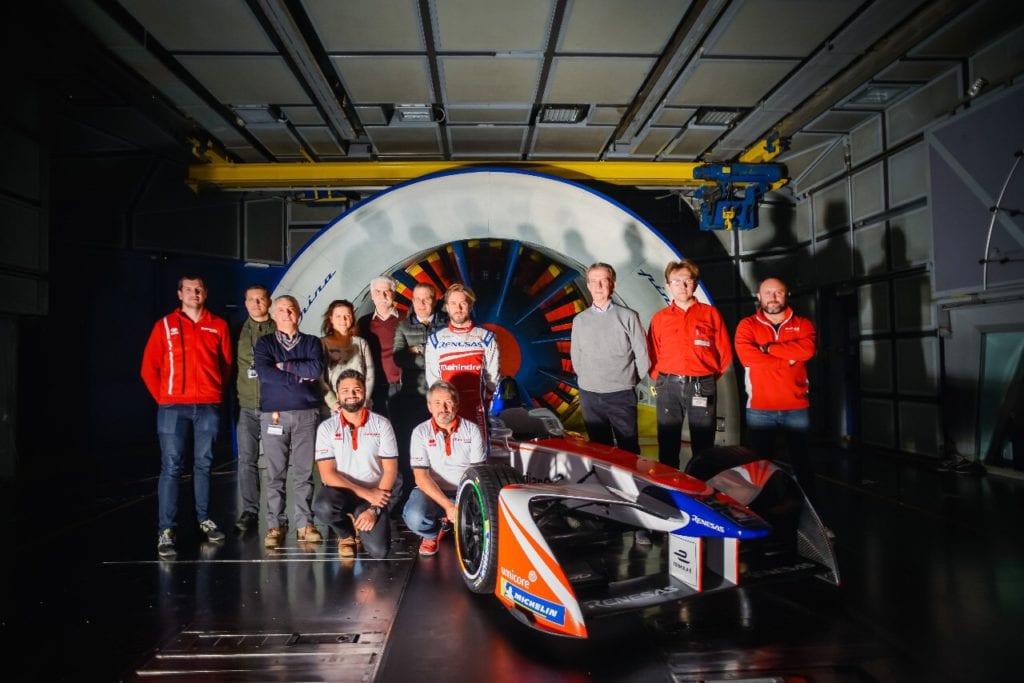