Manor Would Be Interested In Returning To F1 If A Cost Cap Was Introduced – WTF1
Skip to content
×
Formula 1 , News

It is a rarity for Formula 1 fans to collectively agree on something, but the sense of misery surrounding Manor Racing’s demise from the sport in the aftermath of the 2016 season was one of them (damn you Felipe Nasr!)

The only team to survive the trio of new entrants from 2010, Manor became the plucky underdog that threatened the points on several occasions.

The efforts, efficiencies and results displayed in this time on a relative shoestring budget emphasised a spirit within the team that wouldn’t die. So it is no surprise that Manor would like to return to F1, albeit in a future where smaller teams are better financially supported by the organizers. Speaking to Finnish newspaper Tarun Sanomat, team boss Graeme Lowdon said:

“If nothing changes – if there is no cost cap and the costs stay the same – then we cannot go back because it’s impossible to race against the big teams.

But we have heard from the FIA and Liberty that work is being done to reduce the cost for private teams. In that case, we are interested in returning. Both myself and John Booth have unfinished business in F1.”

In 2009, Max Mosley put forward serious plans to introduce a £40m budget cap that attracted Virgin Racing, Lotus, HRT and USF1 (remember them?!) to join the championship the following year. When bigger teams threatened to quit as a result of the cap, the plans were scrapped and the new entrants were left in a rich man’s no-mans-land with no way of competing.

It seems unlikely that Lowdon and Manor will put the wheels in motion for a return until a system that assists small teams is firmly in place, but knowing that there are teams that would join if costs were more tightly controlled can only be a good thing.

Whilst the FIA deals with the headaches of cost capping, a sulking Ferrari and denying the very obvious existence of a two-tier championship, Manor will be busy this season competing in the World Endurance Championship; the team has made the step up to LMP1 and will field two Ginettas. But during moments away from the WEC paddock, it seems that Manor will be watching the regulatory fallout of F1 this season from a distance. 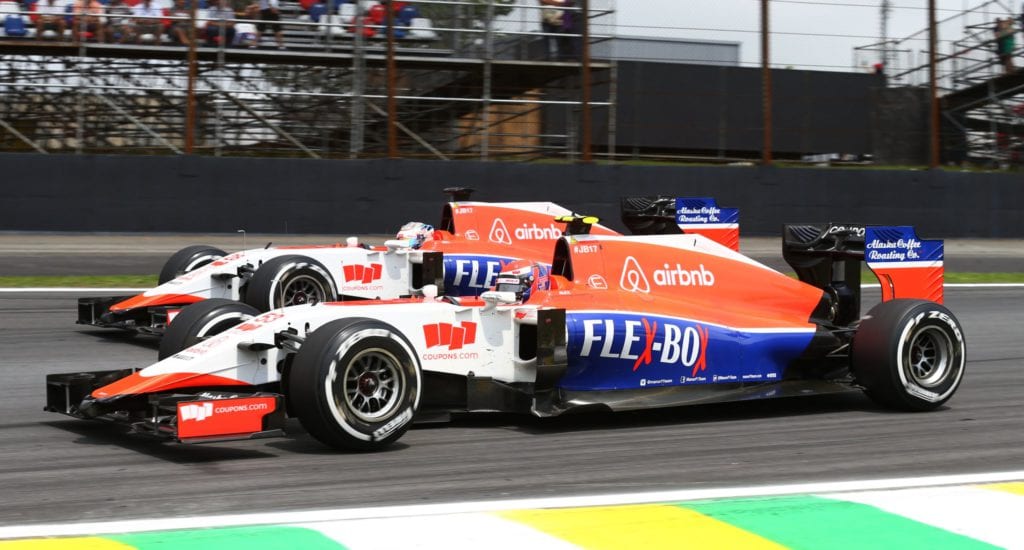