Marco Andretti Will Run This Awesome Throwback Livery In The Next IndyCar Race – WTF1
Skip to content
×
Indycar , News , Retro

On 4 April 1993, Mario Andretti won the Valvoline 200 at Phoenix Raceway in the iconic black and white Newman-Haas livery. It was the final win of his career, and as well as making him the oldest winner of an IndyCar race at 53-years-old, it also meant he’d won IndyCar races in four different decades.

25 years later at the same track his grandson Marco will pay tribute, as his No.98 Andretti-Herta Autosport car will be decked out in the famous black and white Newman/Haas livery (albeit with different sponsors).

It’s not just the livery that will pay homage to Mario, though. The whole race weekend (6-7 April) will be a celebration of that last victory, with many of the drivers who competed in the race in attendance, as well as other events celebrating his incredible career.

Andretti’s teammate that year was Nigel Mansell, who famously won the title in his debut season, the year after winning the F1 world title. It’s an iconic colour scheme associated with success, something Marco hasn’t had a whole lot of in recent years. The pressure’s on, then… 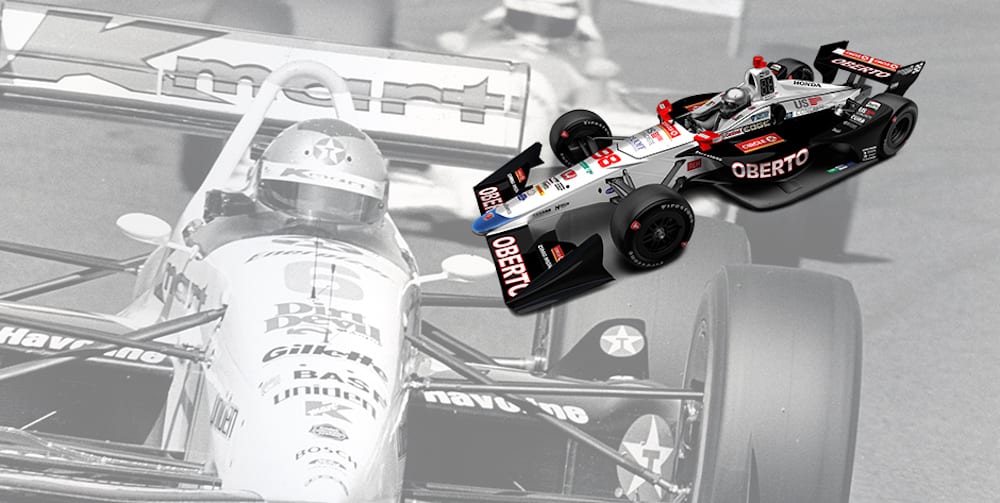