Marcus Ericsson Explains The Differences Between Driving An IndyCar And An F1 Car – WTF1
Skip to content
×
Indycar , News

After five seasons in F1, Ericsson is off to IndyCar with Schmidt Peterson Motorsport in 2019. He’s not simply viewing it as a stop gap as he looks to return to F1, either – he’s recently said he sees himself staying in IndyCar for “quite some time”. As a result, he’s fully committing to his new job and recently had his first test in the Dallara chassis, driving more than 100 laps in the car at Sebring. Did he enjoy it? Absolutely! He told Motorsport.com:

“It was a lot of fun to drive. I mean, sure, you can feel there was less power than F1, but you have to work so much as you drive, and to me the sensation felt very good, very enjoyable.”

First day in the new office ✅. Over a 100 laps completed and lots of things learned. The car is so much fun to drive! Big thanks @SPMIndyCar for a great day! Can we start 2019 already!? pic.twitter.com/rIP2RydwOP

Unlike F1, IndyCars don’t have power steering, something Ericsson said he needs more time to get used to. They also have less downforce and less effective brakes, but the Swede said that actually created an environment where the driver can make more of a difference:

“In F1 with the power steering and so many tools, you can perfect the car in every corner. But with IndyCar, first of all it’s more heavy to drive and then also you cannot be so precise in the way you drive it, you have to drive around balance issues, because you have to accept the car cannot be perfect for every single type of corner.

“Actually it’s fun and to have a car like this because you feel you can do more as a driver to make the difference, to find the way around the balance issue. So in F1, you’re trying to use all these tools to get your car perfect and precisely right for every corner, but in IndyCar it feels like you have to find the best compromise setup for several corners and then it’s up to you as a driver to make the best job of what you’ve got, even if that means you have to battle the car a bit more. It’s very satisfying.”

Another big change is the track itself. Although Sebring isn’t on the calendar, its old-school, bumpy surface is reminiscent many of the circuits IndyCar visits throughout a year (not the ovals, obviously!) and Marcus said he enjoyed the character of the circuit, especially coming from F1:

“It’s funny; in F1 every track is getting more and more similar to each other – standard curbs and runoff, and things like that; everything smooth. But Sebring has so much character that every corner entry curb and exit curb is different from the one before. There’s more variation in this one short track than across several tracks in F1.”

As a fan, that’s what’s exciting about IndyCar, too. It doesn’t matter that everything isn’t as slick as F1, or that the cars are slower. The imperfections and rawness all add to the appeal, something Ericsson alluded to. He told IndyCar:

“This sort of gets me back to why I fell in love with racing. F1 is always going to be F1, you know? But it’s sort of a bit artificial in some ways. You always go to these perfect places, and that’s not racing, I would say. This takes me back to the passion of racing.”

Sure, he’d probably have preferred to remain in F1, but life is what you make of it. He absolutely has the right attitude, too – there’s no sense in going into a new job wishing you were still at your old one. How well he gets on is another matter – SPM is an excellent team and he has a top teammate in the form of James Hinchcliffe to learn from.

Free from the shackles of racing for backmarker and midfield teams, can he follow in the footsteps of fellow former F1 refugee Alex Rossi and become an IndyCar race winner? 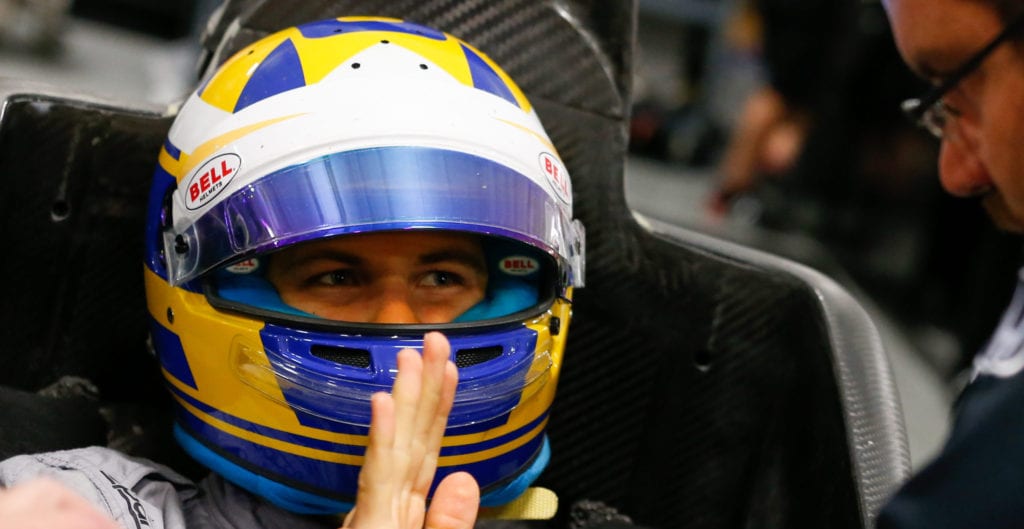