Marcus Ericsson Is Missing An IndyCar Race To Be On Standby For Alfa Romeo – WTF1
Skip to content
×
Formula 1 , News

Typical F1. You spent the whole summer break waiting for stuff to happen and on the first weekend back, it all kicks off. With driver moves being sorted out like /post/mercedes-has-signed-bottas-for-another-year/ and Esteban Ocon heading to Renault things are crazy enough, but there could be an even more unpredictable – and immediate – driver switch taking place this weekend.

Ericsson has spent 2019 racing for Schmidt Peterson Motorsport (the team that’s joining forces with McLaren next year) and has put in a number of solid drives, with a best result of second in Detroit. However, he’ll be missing this weekend’s penultimate race in Portland because Alfa Romeo has requested his presence at Spa this weekend.

It’s not unusual to see a team’s reserve driver hanging around on a grand prix weekend, but the fact that Ericsson is actively missing an IndyCar race suggests there might be rather more to it than simply having a bit of brand awareness. Is he actually set to race in F1 this weekend?

It could be that Alfa wants to put a proven driver alongside Kimi to help boost the team’s chances in the constructors’ title as Antionio Giovinazzi has scored just one point to Raikkonen’s 31. However, that seems incredibly unlikely – any driver replacements of that nature would surely have been announced much further ahead of time (see: Red Bull). And in any case, Giovinazzi is a Ferrari junior driver and part of the reason he’s at Alfa – a team with links to Ferrari – is because of that connection.

The other, more likely possibility is that one of the drivers is feeling a bit poorly. After a number of reports suggesting Raikkonen wasn’t feeling well, the team confirmed that he’s suffering with a pulled muscle Alfa intends to press on with Kimi and Giovinazzi as usual, so we’ll probably have to wait until after practice to see if everything’s OK, or whether Ericsson can make an incredible comeback.

Hot off the press 🗞 Kimi has pulled a muscle during the summer break, but he will be in the car tomorrow. 🚗#BelgianGP #Kimi7 pic.twitter.com/zdDW4a3Pjq

Ericsson’s place at SPM will taken by Conor Daly for this weekend. However, with Daly set to race for Andretti in the season finale at Laguna Seca, it seems likely Ericsson will return to his job stateside – unless Kimi ruins his other leg; then he might miss another race to be with Alfa Romeo in Singapore. 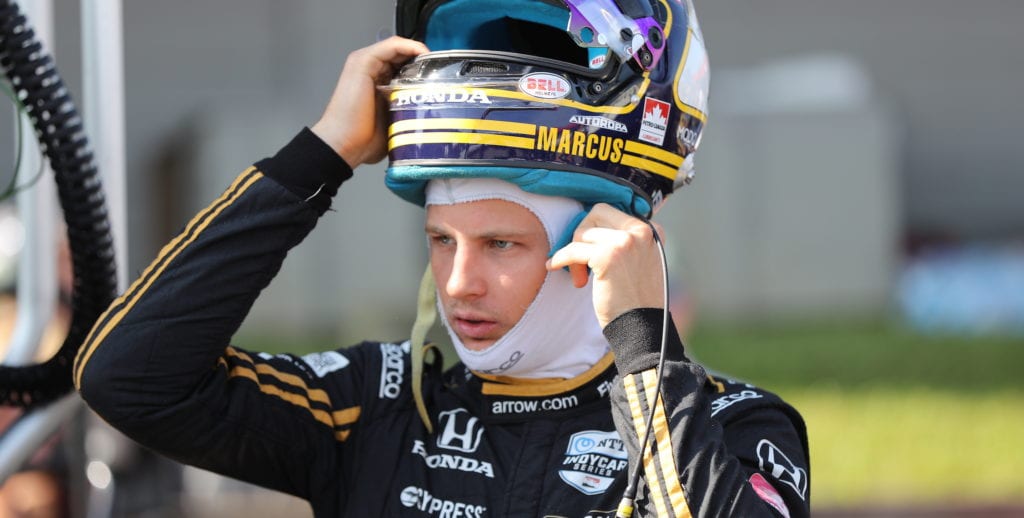