In 2012, de Villota was involved in a freak accident while performing straight line tests for Marussia. She initially overcame life-threatening head injuries (albeit lost her right eye along with some of her senses), only to pass away just over a year later at the age of just 33 – a consequence of the horrific injuries she’d suffered in the crash.

Following her accident and the time she spent in hospitals, de Villota launched a foundation to help other people – particularly children. Thanks to the work of her family (father Emilio is a former F1 driver himself) and a series of high-profile ambassadors (including the likes Carlos Sainz Jr), the Legado María de Villota carries on its good work to this day.

The latest ambassador is Bentley factory driver Andy Soucek, and he’s helped to turn the final round of the Blancpain Endurance Series at the Circuit de Barcelona-Catalunya this weekend into a huge charity event honouring María and her legacy of helping others. He explained:

“Having spent a significant amount of time in hospitals, she met a lot of patients that were in difficult situations, some of them being children. María understood that her life was no longer about competing, about trying to be the best, but instead she had the mission to help those in need.

“Unfortunately, María passed away in 2013 due to brain damage caused by the accident. The family has had incredible strength over the years, continuing what María started. That’s how el Legado María de Villota was born, with the sole idea of helping kids with rare diseases, hunger, social exclusion etc.”

Soucek added that he wanted the whole weekend (which also features racing from the Porsche Carrera Cup and Formula Renault Eurocup, among others) to have a charitable theme and so went to the event organiser to see what could be done:

“I spoke to [event organiser] Jesus Pozo and proposed him to make the weekend a unique event with charity being the theme of the weekend. Jesus is absolutely involved and has taken it personally, to the point that he has changed the name to Festival de la Velocidad, Legado María de Villota.

Bentley’s Director of Motorsport, Paul Williams mentioned that the support of the cause is “unique”, adding that “the whole grid is hoping that the support the Legado Maria de Villota receives in Barcelona goes a long way to helping the children the charity supports.” Amen.

One of the events being hosted during the weekend is a trackside banquet for 150 people, including many big names from the world of motorsport such as MotoGP stars Pol Espargaró and Alex Rins, W Series race-winner Marta Garcia, and former F1 drivers Pedro de la Rosa and Jaime Alguersuari.

All leftover food from the entire weekend will be prepared and donated, with €1 from each ticket sale going directly to the ‘First Star’ foundation that was launched by Maria.

While remembering Maria’s life and her dedication is a noteworthy effect of such a weekend, Soucek was keen to highlight that paying tribute to her is not the main goal of the weekend:

“It’s important to note that the idea is not to pay tribute to María, but to continue her legacy by helping others.”

Given the work Maria put in between the time of her accident in July 2012 and her tragic passing in October 2013, it seems like that’s the way she would want to be remembered. 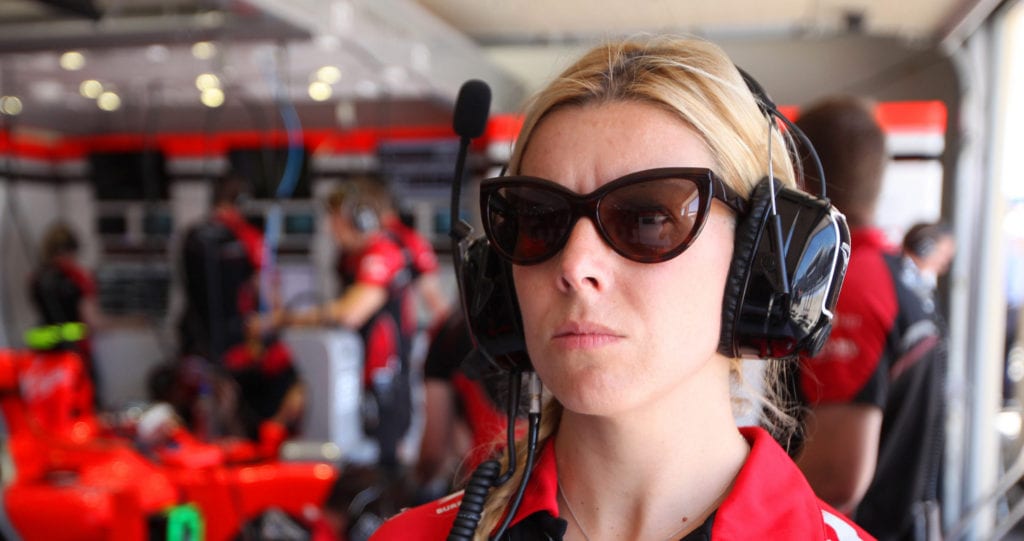