One of motorsport’s greatest all-rounders, Mario Andretti has raced and won in pretty much everything. He raced (and won) in IndyCar well into his 50s, and still drives the two-seater on occasion during IndyCar weekends. If just one person in the world had motorsport literally etched into their genetic code, it’d surely be Andretti.

He turned 80 this year, but that’s not stopping him from trying new things – he dropped the bombshell on Twitter that he’s going to give sim racing a go and compete in this week’s Legends Trophy event at Indianapolis Motor Speedway.

I'm in. This Saturday. Indy. I have a steep learning curve ahead of me. Trying to learn as quickly as possible. It's been a long time since I was a rookie. I'll just commit and hope I'm competitive. https://t.co/RwP2KB5m6Z

The Legends Trophy will have a bit of a different feel this week. Whereas previous events have used 1970s F1 cars around various road courses, this week will see the grid jump in contemporary IndyCar machinery for a race around the virtual Brickyard in honour of that fact that the Indy 500 was supposed to have taken place this weekend (the real one has been rescheduled to August).

Andretti will have his work cut out against the regular band of drivers such as Jenson Button, Juan Pablo Montoya, and Emerson Fittipaldi, but with it being an oval race, it’s likely that the simpler layout and need for an entirely new set of skills will result in a different pecking order to the usual grids.

Fernando Alonso is back for another crack at things too, following a pair of rage quits during his incident-filled debut at Zandvoort.

The race takes place this Saturday, with the stream getting underway at 17:00 BST as usual. It’s sure to be absolutely brilliant – probably chaotic, but brilliant nonetheless.

We can’t wait to see how Mario gets on. Here’s hoping the Andretti Curse doesn’t extend into the virtual world… 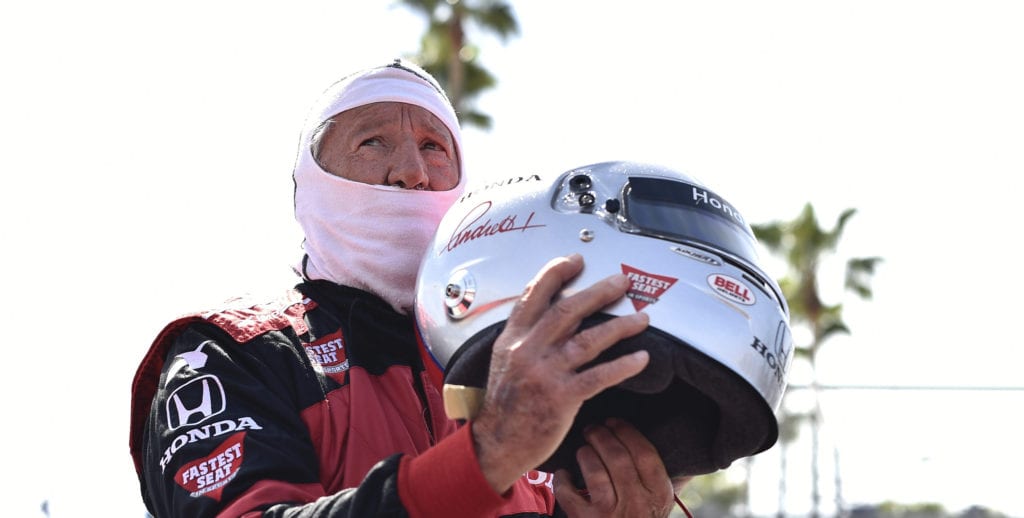