One of the reasons Mark Webber was so popular when he was an F1 driver was because he was always very open and told it like he saw it. He may now have retired from racing and switched to being a pundit for Channel 4, but he’s still the same old Mark Webber and we love him for it.

After the race he was talking through Verstappen’s mega last lap pass on Raikkonen, and like many he doesn’t agree with the decision to penalise him. But he did so in a typically Mark Webber way, called a spade a spade, and simply said “it was a shit decision” on live TV.

That reaction from his colleagues just makes it even better! 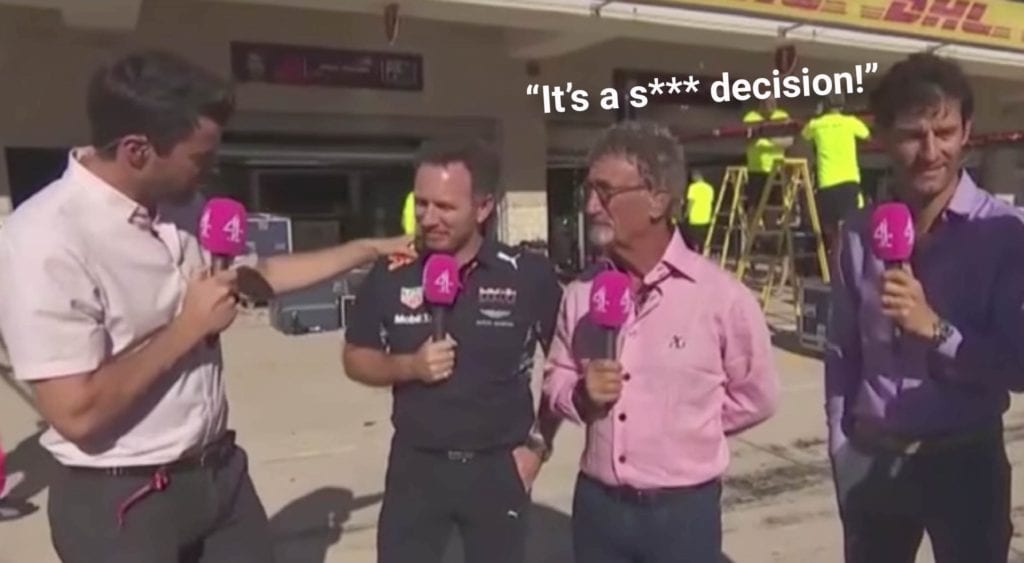