Mark Webber Is Worried That Ricciardo Might Stop Enjoying Formula 1

Mark Webber knows a thing or two about unreliable F1 cars – the high-revving Williams-Cosworth in 2006 in particular often put him out of a race while running in a good position. And although he suffered his fair share of bad luck while driving for Red Bull, it’s nothing compared to what Daniel Ricciardo is going through at the moment – he’s had more reliability-related retirements this year than Webber had in his last four seasons with the team. Ouch.

After the latest retirement in Mexico, the normally-chipper Ricciardo questioned the point of doing the last two races this year and suggested handing his car over to Pierre Gasly early. It was, of course, a bit of a joke, but there’s often some truth in humour and Webber is concerned that Ricciardo could become disillusioned with the sport. He told the Herald Sun:

“I think it’s quite obvious he can’t wait for the season to be over, which is a little bit of a concern. I don’t want him to fall out of love with the sport. I just think that really tests your mettle. He’ll be questioning the sport in his head. There’s not too many people to put an arm around your shoulder. Only the tough survive and he knows that.

Webber also added that Ricciardo’s decision to join Renault for next year is “weird” and that it could be a further test of his motivation:

“He’s got to buckle up and keep going if he wants to bounce back with Renault next year. He’s made his bed over there with Renault, which I think is a weird decision, but that’s what he wants to do because he wants a change of environment. But it really can test how much he actually is enjoying the sport.’’

Is there really a risk that Ricciardo could become fed up with F1? His horrible 2018 season would put anyone on a downer. However, what’s made things worse is that he’s not only retiring from races, but that his teammate is arguably getting more out of the package and is having a bit more luck with reliability. Ever since Max Verstappen remembered how to stop crashing the results have started to appear, while high points for Ricciardo have been few and far between.

The reality for Ricciardo is that he hasn’t stood on a podium or beaten Max Verstappen in a race since Monaco and is about to join a team which isn’t expecting to challenge the front-runners for a while yet. On top of that, Nico Hulkenberg is not going to be an easy driver for Ricciardo to beat, and the car he’s driving will still have the Renault power units that have given him so much grief this season.

In the past, Ricciardo has also mentioned that race weekends are too long and that he wishes he had more time to do things outside of racing. He also recently told RaceFans that poor reliability is “part of the reason why I sometimes don’t like this sport.” When you put it all together it does sound a bit negative, which is worrying. A couple of years working to get Renault to the top is a long time to go without the wins, podiums, and the championship challenge he desperately craves. Will he still enjoy F1 at the end of it all?

But then again, the expectations won’t quite be the same with Renault as they currently are with Red Bull. A couple of seasons where he spends less time in the limelight, is under slightly less pressure, and has a different set of goals might be enough to reinvigorate Ricciardo, ready for when Renault is able to mount a challenge.

That’s if he even needs reinvigorating at all – plus, he’s still got two more chances to end his time at Red Bull on a high. A win or a couple of podiums could send him into the next chapter of his career on a high, and all those breakdowns will become a distant memory. 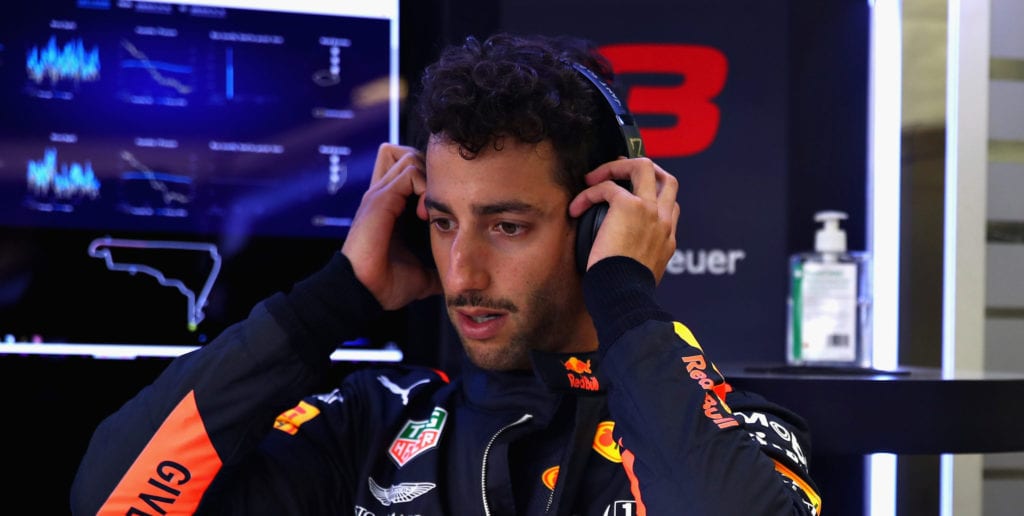