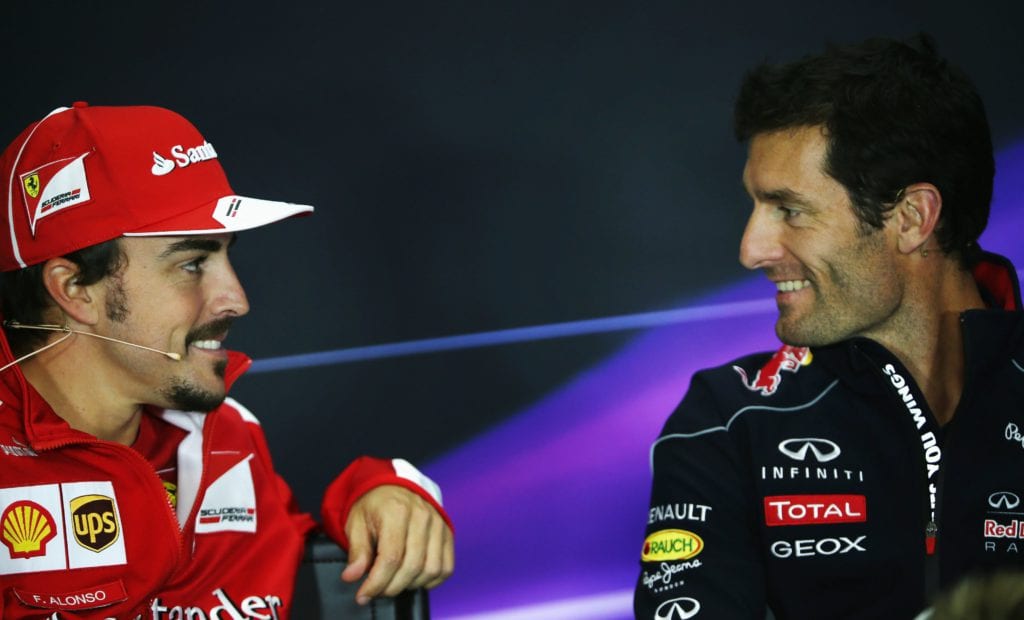 F1 race winner and FIA WEC champion Webber was asked over the Bahrain Grand Prix weekend by Alonso if he’d be interested in trying the Indy 500 alongside him but the Aussie said he is not interested in oval racing.

Alonso’s Indy 500 news came as quite a surprise and he has since completed rookie orientation and his first IndyCar test. The Spaniard made clear his aims to take the motorsport ‘Triple Crown’ – winning Monaco (which he has already done twice), Le Mans and the Indy 500.

Webber has also won Monaco on two occasions and came close to taking victory at Le Mans with Porsche, but failed to do so and has now hung up his racing helmet.

When asked by Crash.net about the Triple Crown, he replied:

“I would have liked to of course won Le Mans, I went very close. Led every year I was there, pretty fast as well in certain years and it didn’t line up for us. But I wasn’t interested in Indy. I wasn’t overly interested to go there.

“I have absolute respect, my heroes like Rick Mears and Mario and Al Unser, these guys, Roger Penske, Dario’s a good friend of mine, Scott Dixon, Will Power. I have maximum respect for those guys but it’s something I didn’t want, I never really wanted to go and see.

“I think I would do well in oval racing. Rocky [Sebastian Vettel’s engineer at Red Bull], said ‘you would go really well on ovals’. He did a lot of work with Sebastien Bourdais at Newman/Haas, and he said: ‘look Mark, you would be perfect for ovals’. I said ‘thanks, but I’m probably not going to try’.”

Had he won Le Mans, there would have been added weight on his shoulders to try IndyCar and he admitted it’s something Alonso asked him about:

“If I did get to the next step, I had pressure [to do the Indy 500]. Maybe it’s good I stayed on the second step. Then I would have a bit more pressure. Fernando still asked me to maybe try to do Indy, in Bahrain, yeah.

“Really hats off to him [Alonso] to give it a go, born out of the frustration of his current situation clearly in Formula 1. He would not be doing it if he was winning races in F1, we know that. This year it’s been a disaster campaign for him. I just wish him all the best and hope he has a good run over there, and let’s see.”

Obviously it’s not going to happen, but could you imagine the levels of hype around the Indy 500 if Webber was on the grid too? 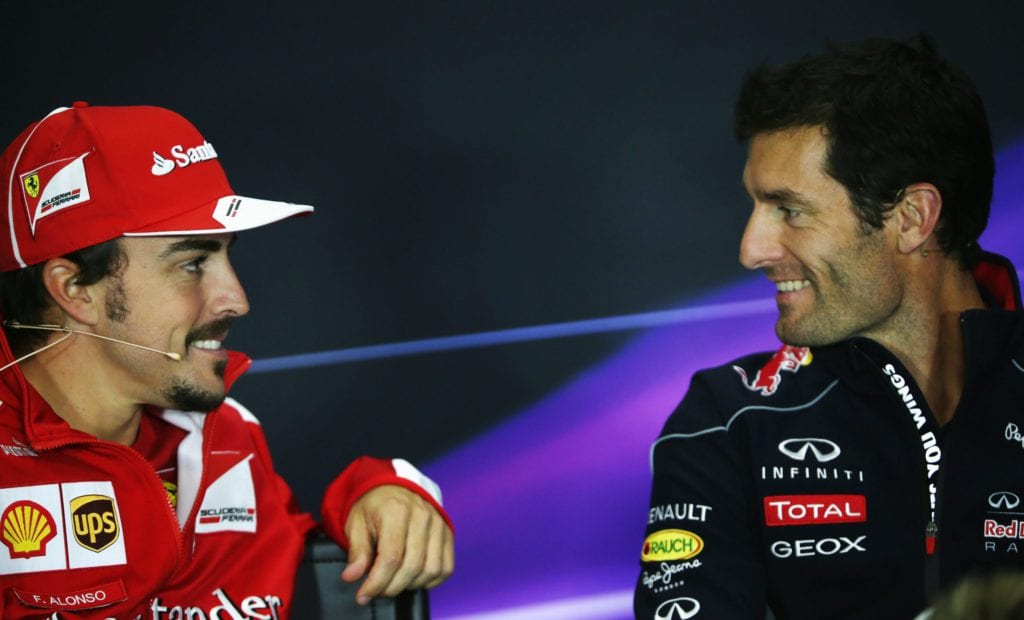