It was quite a controversial penalty over the Azerbaijan Grand Prix weekend. The FIA slapped McLaren’s Lando Norris with a three-place grid drop and several penalty points for failing to enter the pitlane during a red flag. Norris has made it clear that he thinks it’s unfair, but F1’s Race Director stands by the decision of the penalty.

Saturday’s Baku qualifying was far from normal. The tight and twisty street circuit ended up catching several drivers off guard, with a total of four separate red flags being used during the three qualifying rounds – a shared record with the 2016 Hungarian Grand Prix.

Whenever a red flag is shown, it means that all cars must return to the pitlane, and the session will be paused or ended. This isn’t just a rule for F1; a red flag is an understood symbol across all motorsport series.

During the red flag for Antonio Giovinazzi’s crash with the barriers at Turn 15, Norris was about to start a flying lap. From his onboard, you can see that he passes a light panel that displays a red flag and gets a warning on his steering wheel. He also received a radio communication with his team telling him the same thing.

Norris stays to the left-hand side of the track, in the lane for the pitlane, whilst asking his team if he should pit or not. In the time it takes McLaren to reply, he decides he can’t pit and instead stays out and crosses the start/finish line and goes on to do another lap.

The Stewards heard from Norris, who said he did lift the throttle, braked and was committed and able to enter the pitlane, but was unsure what to do and asked his team for clarification.

That was chaos. Felt like we did a good job, but today just didn't work in our favour and with the penalty I’m down in P9. It is the way it is, tomorrow is a new day. pic.twitter.com/4Oa1d4o9rs

Answering questions from the media during the Azerbaijan Grand Prix weekend, F1’s Race Director Michael Masi said that the rules of a red flag are so clear that even a ‘six-year-old who’s in their first event’ would know what to do.

“To be fair, the first part is from karting, all the way through to F1,” Masi explained.

“The meaning of [a red flag] is very clear, slow right down and come to the pit lane immediately. That way, there’s no ambiguity from a six-year-old who’s in their first event through to Formula 1. It’s consistent across all circuit racing around.”

Lando was also handed another three penalty points for this incident, which now brings his total up to eight in the last twelve months. If he gets another four before the 9th of July 2021, he faces a race ban.

“Obviously, the stewards can supply any penalty points and all penalty points that they see appropriate in an incident,” Masi continued. “Yes, they do have a guideline to use, but in this circumstance, they saw it was fit to not apply what the guideline said because of the mitigating circumstance, which was a harsher penalty.

“But with regards to the penalty points, they thought it was appropriate being a red flag infringement.”

When speaking about the additional penalty points on his licence, Norris wasn’t happy as he “didn’t put anyone in harm’s way”.

Do you think that Lando deserved his penalty? 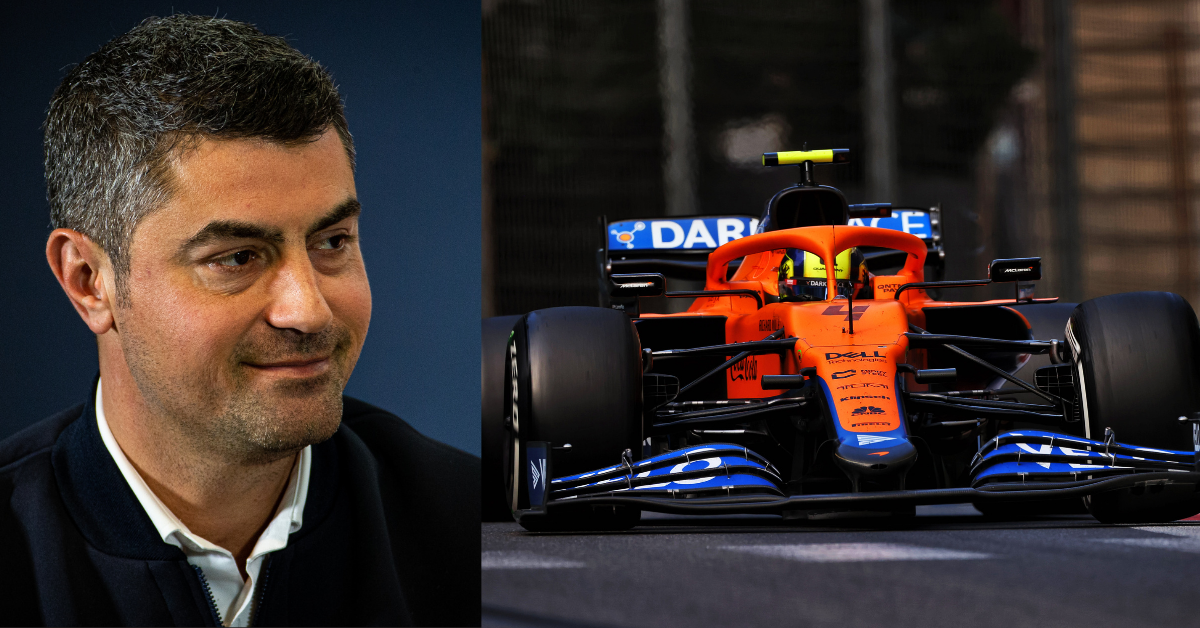