If you’re like us, you’ve been loving the FIA to Team radio broadcasts. Teams have always been able to report and communicate with F1’s Race Director Michael Masi, but it’s always been behind closed doors. However, at the Spanish Grand Prix this year a new graphic changed our lives forever.

Okay, so that might be a little dramatic, but the graphic has been one of the best new additions in recent years to F1’s broadcast. Seriously, we would take that kind of insight over another AWS tyre performance diagram any day of the week.

We’ve heard Toto Wolff remind Masi to hand out blue flags to Nikita Mazepin and McLaren complaining about Bottas’s pit lane spin in Styria. Everytime the graphic pops up on our screen, we know it’s time to grab the popcorn.

However F1’s Race Director, the guy who gets fed all the radio from teams up and down the pit wall, has said that the radio traffic has reduced now teams know fans and other teams are listening in.

Speaking to the media recently, Masi explained that the radio channel between him and teams had been there “for many years”.

“If anything, knowing now that the teams know that it’s broadcast, it’s actually probably reduced the radio traffic in race control. From the team’s perspective, [it’s] making them probably think twice before they ask a question.”

The graphic also looks set to stay, speaking about it back in May this year when it made its debut Masi said that the idea “came about through a discussion at an F1 Commission meeting [in 2020] so the [tv audience] could hear as part of the broadcast the communications between the pitwall and the teams, which is a regular part of what we do operationally.”

Do you like the graphic? Let us know in the comments. 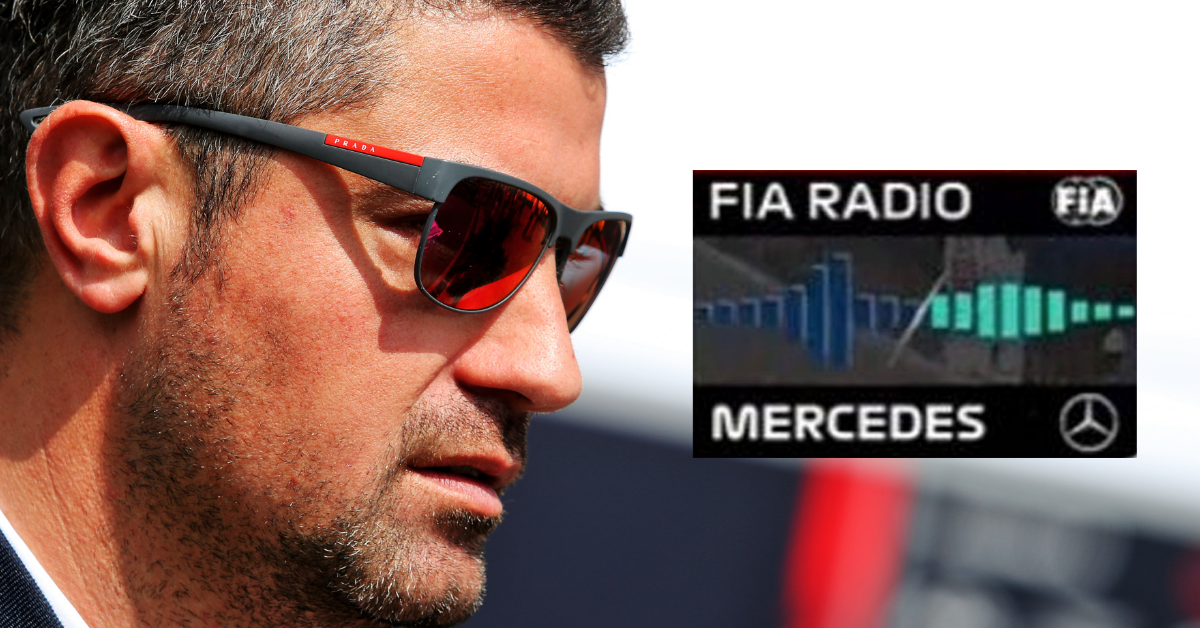