After winning the Styrian Grand Prix by a whopping 35 seconds, Max Verstappen wanted to put on a show for his team at their ‘home race’ at the Red Bull Ring. He opted for a strong burnout on the start/finish straight in front of the team, but the FIA aren’t happy about it.

With the cheeky manoeuvre being played on F1’s world feed, F1’s Race Director, Michael Masi said he looked at the burnout “as soon as it happened”.

“It was not an ideal situation,” Masi told media after the race, “which is why I spoke to the team immediately and told them accordingly that it’s something that would not be tolerated in the future.”

Uh oh, sounds like a nasty smack on the back of the wrist for Red Bull.

Race winners are allowed to celebrate when they secure their victory. It’s literally in the rule book, as long as it doesn’t delay the podium ceremony or call into question the legality of their car. You also have to make sure that the act is “performed safely and doesn’t endanger other drivers or any other officials”.

As it didn’t affect the first two, it can only be assumed that Masi thought it was a risk to other drivers or the team on the pit wall.

Either way, drivers make note: no burnouts on the finish line to celebrate the win. 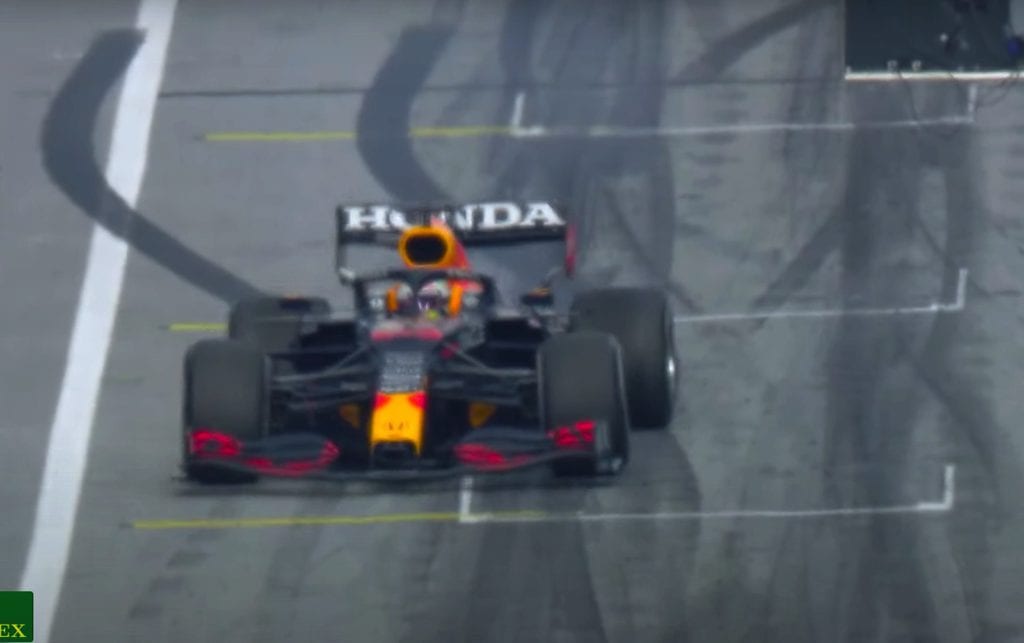