Massa Fires Shots Back At Vettel After The Russian GP – WTF1
Skip to content
×
Formula 1 , News

Massa Fires Shots Back At Vettel After The Russian GP

Sebastian Vettel was pretty miffed at the way Felipe Massa let him through on the last lap of the Russian Grand Prix. He felt that he’d been held up by the Williams driver, and as he passed him into turn four he flipped him the bird and exclaimed “What the hell was that?!” over team radio.

After the race when Massa was informed of Vettel’s remarks he was completely unsurprised and brought out a huge dollop of sarcasm, saying: “He was on his radio complaining? Are you sure?”

Vettel spent much of 2016 moaning about various things over the radio so it’s no surprise that he’s gained a reputation for complaining, whether it’s about blue flags, Charlie Whiting or playing ping pong with Daniel Ricciardo.

Massa went on to justify his actions on the last lap, and said:

“I left completely the inside part for him, I back off before in Turn 4 and he didn’t want to go. He was afraid to dive inside, I was completely on the left, then I let him by straight away after. I am also sure he was not going to pass Valtteri on the last lap of the race. Anyway, he really likes to complain.”

You can watch the whole interview below, where he also praises his former team mate on winning his first Grand Prix. Seeing Felipe’s facial expressions along with his comments on Vettel definitely make them that bit better.

What do you think? Did Massa do as much as he could or was Vettel right to have a moan? Let us know in the comments. 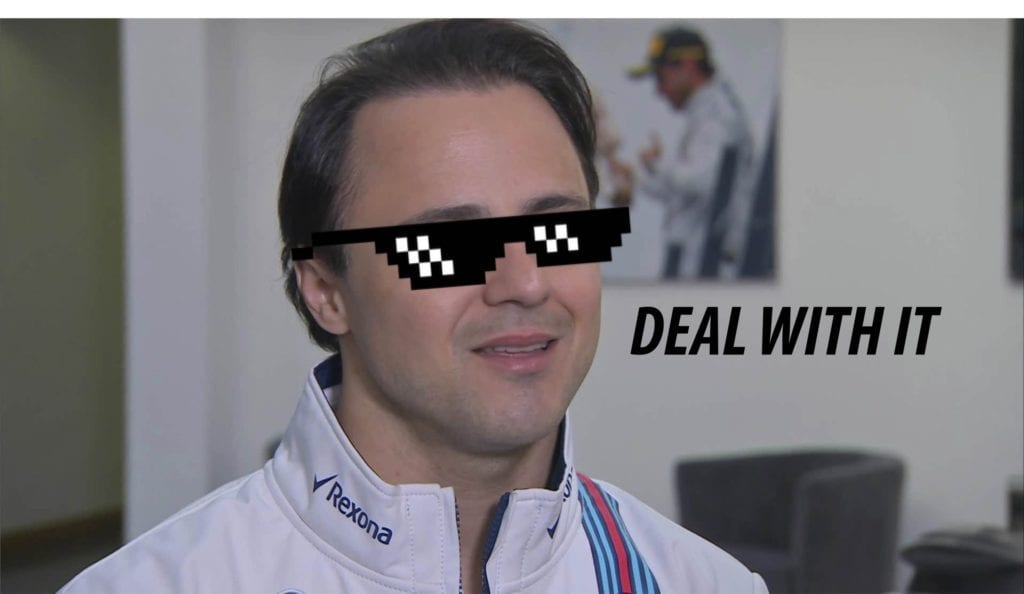