Max Verstappen Has Done The Fastest Ever Lap Of Zandvoort

Max Verstappen was on hand to entertain fans at his local circuit this weekend with some demonstration runs in the 2012 Red Bull RB8.

He kept things fairly steady during his first runs on Saturday, but on Sunday morning he really ramped it up and ended up setting the fastest ever lap of Zandvoort. His time of 1:19.511 was enough to beat the previous fastest time of 1:19.880, which was set by Luca Badoer in a Ferrari F2001 back in 2001.

“I finally got some new tyres and it was not really a demonstration run anymore. I decided to push it a little bit. If you are here with so many fans I think that’s a good idea. It was not easy but in the end, with three tenths, that’s good enough I think, for today. I didn’t expect it because the tyres are quite hard, for demonstration runs. But at least I managed to get one decent lap out of it, so that’s good.”

He also enjoyed driving the Red Bull RB8 that Vettel drove when he won his third championship in 2012, as it’s from an era that predates his own entrance into F1 in 2014:

“The V8 engine makes a nice sound, that always makes it extra special. It is a slightly different car that I am normally used to, but with a better sound, so that is also better to use here. I know from my Formula 3 period that Zandvoort is a great circuit. There is way more grip now with the new tarmac. It is more comfortable to drive on, because there aren’t that many bumps anymore, that’s very positive.”

Verstappen’s rise to prominence in F1 over the last couple of seasons has led Zandvoort to investigate the possibility of hosting a Grand Prix again. The track was the home of the Dutch Grand Prix between 1952 and 1985 (with the odd year out here and there), after which it was dropped from the calendar for financial reasons. Since then the layout has been changed dramatically but it still retains the high-speed undulations that made the original circuit so popular.

Would you like to see a Dutch Grand Prix at Zandvoort again? Let us know in the comments! 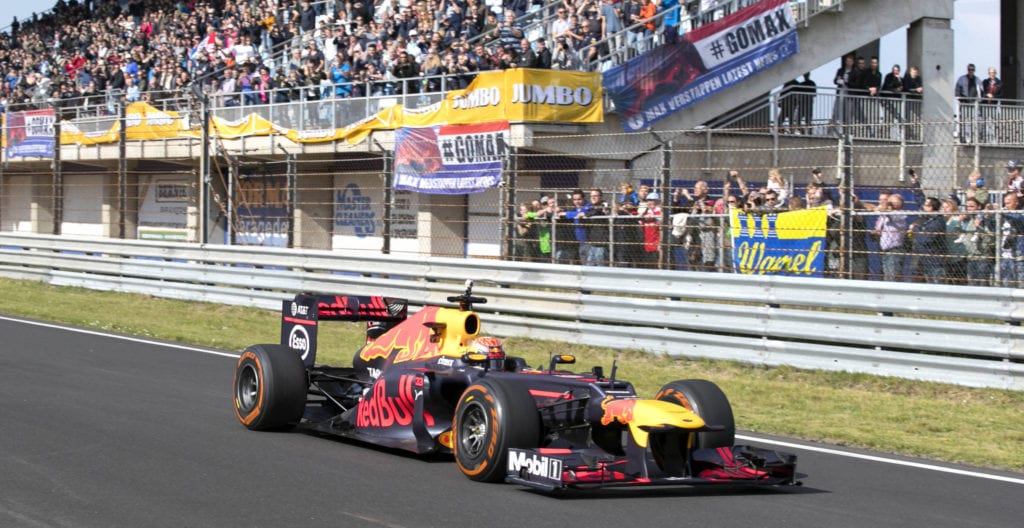