Max Verstappen Threatened Not To Race During A Game Of Among Us - WTF1
Skip to content
×
News , WTF1

In the latest WTF1 Podcast, Red Bull’s Max Verstappen and Alex Albon revealed their Among Us tactics including how Max once promised he wouldn’t race if he was lying to the group.

We get it Max, Among Us can get INTENSE.

“I have been playing it with my Team Redline guys,” Verstappen told the WTF1 Podcast when asked about his Among Us playing habits. “Lando Norris text me [the other day] asking if I wanted to play but I was occupied so I couldn’t.”

Alex, being the sweet and innocent guy he is, seemed concerned that Among Us could be causing some drama among its users suggesting that “it is going to ruin friendships”.

But when asked what kind of player Albon was, the truth came out. Thought you knew Albon? Think again. The kid is a silent but deadly killer.

“If I am the killer, I will see like ‘these two people think this is the killer’, let accusations go about and I will say ‘okay if it isn’t him, we can vote the other one out next round’. That is two gone straight away and then act all suprised like ‘oh it’s not those two’, must be the other guys then.

“You know I won a few games like this where I am just a strategist,” Albon said.

Strategist you say? *Ferrari have entered the chat.*

“I have won games where I haven’t killed anyone.”

As for his teammate, it looks like Max is willing to put a lot on the line to prove he is innocent.

“[My friends] didn’t believe me, and I was like ‘well if I am lying, I won’t drive tomorrow’. You know how far it goes, then they trusted me and we won the game.”

Turns out for that game, Max wasn’t even right.

“No, I wasn’t right, but we won the game. They really thought it was me, and said I swear it was not me.”

For more Among Us chat, as well as Max and Alex answering your fan questions, listen to the latest WTF1 podcast. 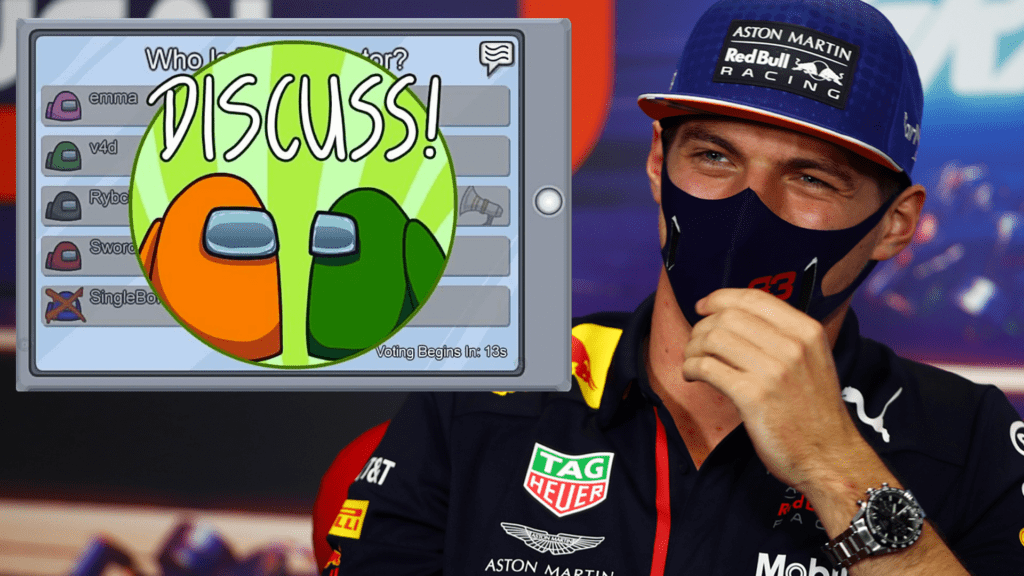 Verstappen Says The Bahrain ‘Oval’ Is Not A Race Track