Max Verstappen Wants F1 To Go Back To V10 Engines

F1’s current V6 Turbo power units may be incredibly powerful and high-tech, while using far less fuel, but the lack of noise has become a real issue for many.

Fans and members of the F1 circus have expressed their frustration at the low sound levels, including Verstappen, who thinks going back to noisier engines would be better for those watching.

The V6 Turbos were introduced in 2014, moving F1 on from the previous V8s, and a meeting with current and potential manufacturers took place on Friday to discuss the future of F1 engines.

FIA president Jean Todt has already said F1 switching to V10s or V12s wouldn’t be accepted by society but Verstappen is hoping F1 can go back to noisier engines in the future.

Verstappen is probably very familiar with the sound of the screaming V10s, as the engines were used towards the end of his father Jos’ career, last appearing in 2005.

“I think it would be very nice to have a V10 engine or something, with the lovely sound. [The current engines are] nice for me in the car, but I think it’s not really impressive for the fans, if you compare it to a V10 or V12.”

The current engines are much more road relevant with their hybrid systems and electric cars are becoming much more common, but Verstappen hopes F1 doesn’t go fully-electric for some time:

“Let’s keep things how they are for the next 15 years. I would be fine with that. After that they can make the whole thing completely electric. I hope that the sport is still using a petrol engine by then. One that also makes some sound.”

Us too, Max. That’s what Formula E is for, after all. And it’s probably not worth thinking about F1 going electric for some time anyway.

Going back to V10s is an interesting debate, the howling sound and insane speeds were undeniably brilliant. But, perhaps F1 should be investigating whether it can improve the noise of the V6 Turbos first. 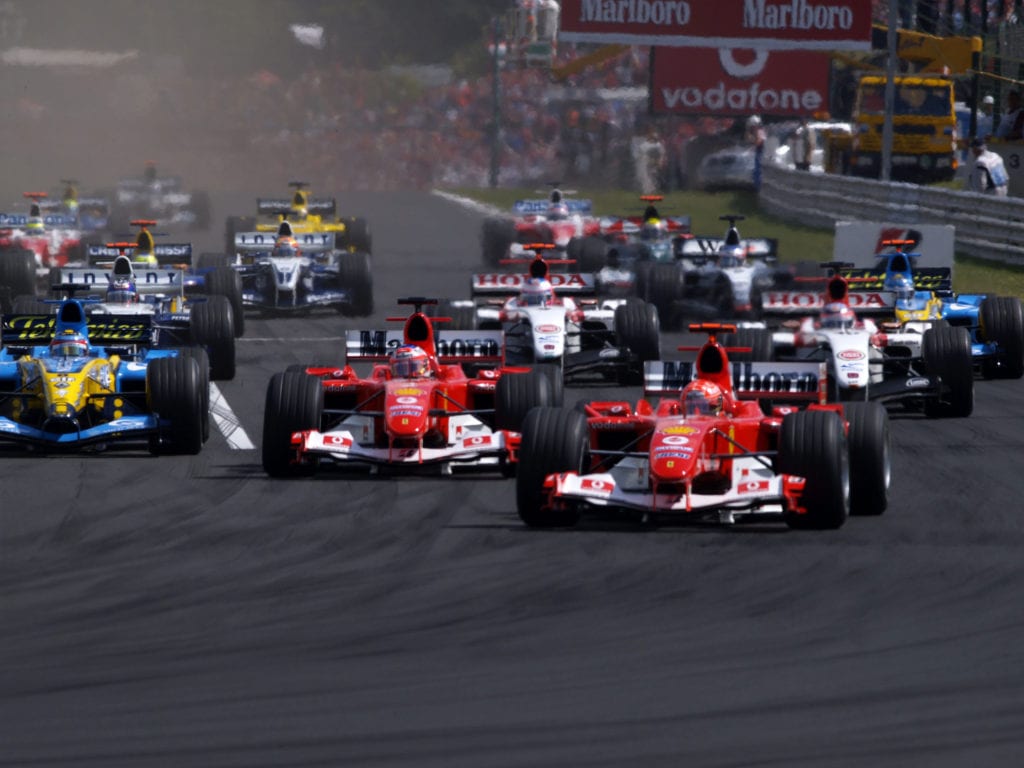