Max Verstappen Wants To Drive At Le Mans With Jos

And he wants to compete with his father Jos too. Aston Martin’s pledge to the new hypercar rules that will form the World Endurance Championship’s top class from the 2020-21 season onwards, and Red Bull’s link to the brand, may just give the Dutchman the necessary platform. The Adrian Newey-designed, 1160bhp Valkyrie is the starting point for Aston’s return to top-class prototype racing.

Formula 1 drivers have had success when venturing over to endurance racing in recent years, be it for a new career path or a one-off event. In the last five races at Le Sarthe, five of the overall winning drivers have raced in Formula 1 – Nico Hulkenberg and Fernando Alonso (at the time of his first of two victories) were even part of the current grid, looking to stay busy on a free weekend.

While Max would enter Le Mans as a rookie (iRacing does not count), Verstappen Snr. is no stranger to the event. Jos even drove an Aston Martin/Lola LMP1 car with Anthony Davidson and Darren Turner in 2009, finishing thirteenth. One year prior to that, he won the LMP2 class in a Porsche RS Spyder Evo alongside fellow Dutchmen Jeroen Bleekemolen and Peter van Merksteijn Snr.

“Well we haven’t talked about it, but yeah – my desire is to do Le Mans one day. When it happens, I don’t know. I’m talking to my dad as well, so he needs to train a bit! If I want to do Le Mans, I would like to do it with my dad.

“I’ve watched it a lot. I’ve been there when my dad was driving. I think it’s a very cool race. What I like is that you have so many different cars in categories, going through the traffic and stuff, especially in the night. I find that it is really amazing to drive. I’ve done one myself online! It’s a lot of fun. I couldn’t get enough of the night driving.”

And there could be another interesting element at play. Kevin Magnussen’s father, Jan, is a Corvette GTE staple – with Kevin wishing to compete alongside him too. His current employers Haas has said that it would grant the Dane permission to drive at Le Mans as well.

While Max’s message to his dad was “get in shape, old man, we’re racing”, Magnussen gave a more emotional response – believing that without his father’s commitment to sportscar racing, he would not have the same interest in it.

“If it wasn’t for him, I think I would only be focusing on Formula One… not because I wouldn’t like to do it, but because I’ve chosen this path and I’d be more focused on this. But I would love to do it — these hypercars look really exciting.”

But, here comes the spice. After being axed from the Stewart F1 team midway through 1998, who was drafted in as Magnussen’s replacement?

Why, yes it was Jos Verstappen! How did you guess? 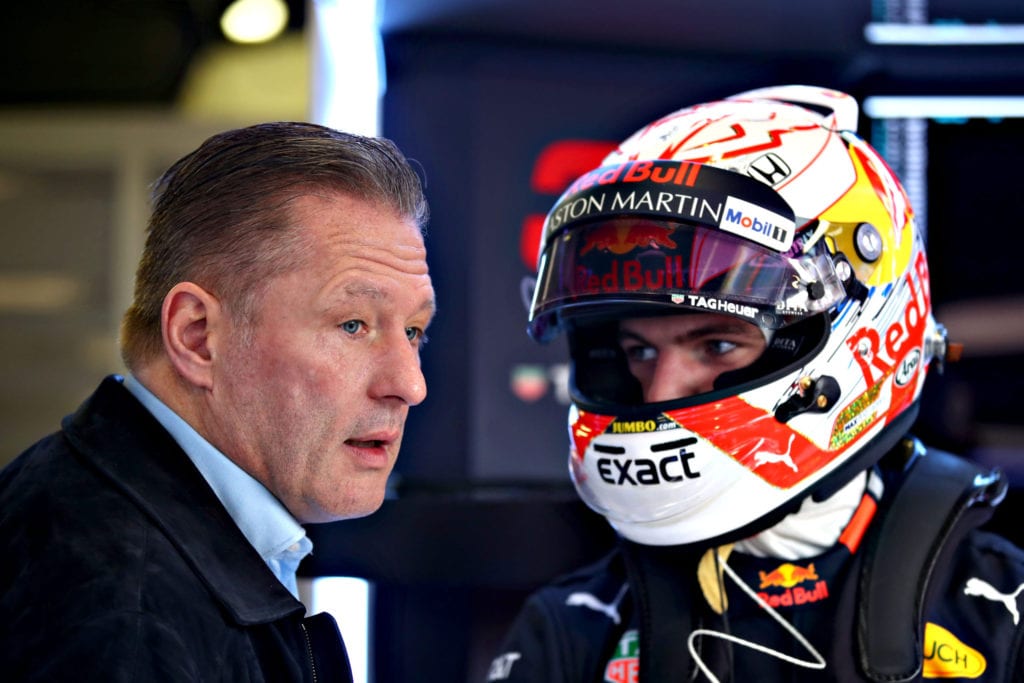