Max Verstappen was really down at the end of qualifying. He’d missed out on pole because he wasn’t able to match the pace of his deleted laptime on his final run and starts behind both Mercedes cars tomorrow after a Saturday he really didn’t enjoy.

“It was just very tricky out there in qualifying,” he told Sky Sports. “To be honest you could end up P1, P3, out of the blue because you would do a lap and be like ‘that was ok’, and then you put a different set of tyres on and if you had a bit of a different out lap, with the grip around here and the tyre prep, it would make such a big difference.”

Max’s first lap in Q3 was deleted because he lost the car slightly and went wide at Turn 4 but even with that mistake, the lap would’ve been good enough for pole. The really windy conditions just meant the pace was so hard to extract for everyone. Lewis Hamilton was in the 1.17s in Q2 but wasn’t able to get anywhere near that in Q3.

“It’s really hard to predict because I thought after Q2, with Mercedes and that lap time on the medium, ‘oh my god, they’re so far ahead’, and then you go to Q3 and it’s fine again so it’s not been the most enjoyable weekend in terms of driving pleasure.”

Max starts alongside his teammate, Sergio Perez, who is fourth in a second row lockout for Red Bull but they don’t know how the race is going to play out.

“I just want a clean start.” said Max. “If we have the pace we will attack them, if not we’ll score as many points as possible.

“[The mediums] should last quite long, the track is so easy on the tyres. I think the most important thing is to get them to work.”

Last time Max started in third was in Imola two weeks ago and that went pretty well for him, he took the lead at the start and didn’t look back so he’s hoping for more of the same tomorrow.

How do you think Red Bull will do tomorrow? Let us know in the comments below! 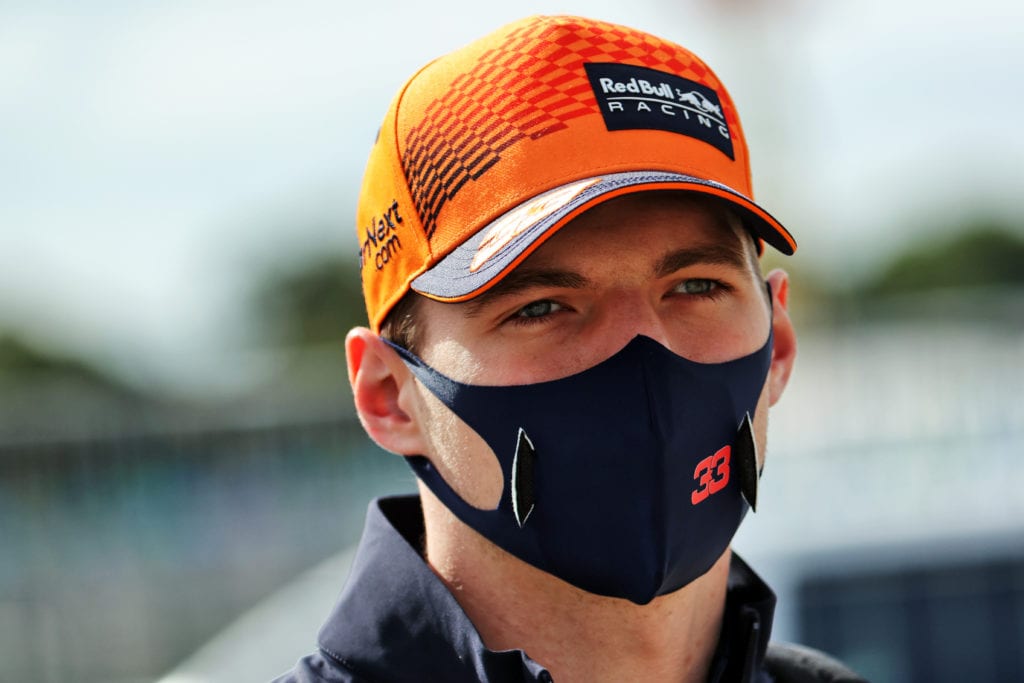