Mazepin Claims His Move On Schumacher At The British GP Was His Best Overtake In Years – WTF1
Skip to content
×
Formula 1 , News , Onboards
1 comment

The British Grand Prix was the second time this season that Nikita Mazepin finished ahead of his teammate in a race. Nikita was 17th and Mick 18th at the flag, and he did it by doing one of his best-ever overtakes!

Before Silverstone, Mazepin had only finished ahead of Mick Schumacher at Monaco, and even then, it wasn’t really on pace because Mick let him past with engine issues. But this time, Mazepin finished ahead after closing on Mick and doing the job on track in what was actually a very good late move.

“I had to push very hard, in the beginning, to try and get in front because you know that this track is difficult to overtake on,” said Mazepin after the race. “I used a lot of my tyres, but then I put in probably my best overtake in the last three years.”

Mazepin was able to push his tyres much more than Schumacher and gradually closed in before getting in DRS range on the Hangar Straight. He positioned himself outside the dirty air through Stowe, taking a compromised line, but still making Schumacher give him some space and then was able to get fully alongside into the next corner, Vale.

Mazepin went round the outside, which then became the inside and was able to take the place from Mick. It was good, tidy racing from both drivers who gave each other a lot of respect in the battle.

He continued: “It was tough – very hot! The weekend has been positive. I was very happy with the balance that we managed to extract out of the car, but we were slow compared to other teams – we were not able to fight anybody today. We obviously weren’t able to change the car as much as other weekends, but I think we found a very good set-up early on in the weekend.”

Let’s face it, Schumacher and Mazepin are only really racing each other this year, so they haven’t had many changes to fight for position, and when they have, it hasn’t exactly been measured.

You only have to look at Baku, where Mazepin chopped across Schumacher at nearly 200mph.

Gunther Steiner, the Haas Team Principal, was pleased with the clean racing: “It was a good race for us. Not where we want to finish, but both guys were fighting hard and clean, this is a part of learning, and we want to take this forward.”

If you want to watch the full overtake, you can click here. 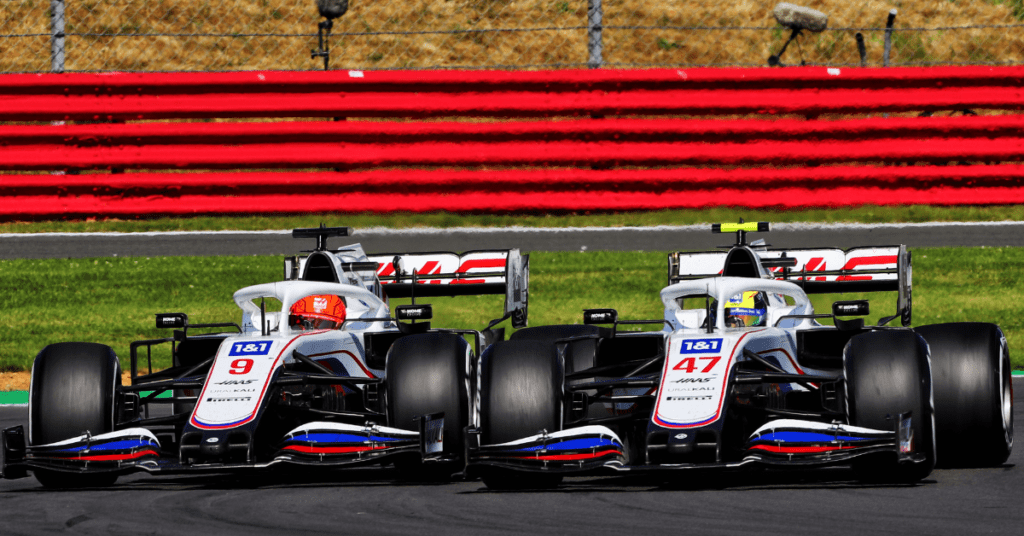