It was yet another P20 qualifying for Nikita Mazepin today. The rookie has visibly been struggling with the Haas all year and has now referred to this weekend as his “lowest point in the season”.

“Ever since we figured out the previous car issue, it’s not feeling good very much in place with where we were last night,” he told F1 after qualifying for the Austrian Grand Prix.

“I am trying to drive the balance to the best I can, but the car that I have doesn’t suit me, and I am not happy with the setup. It is too nervous, and in order for me to keep it on track, I don’t have the confidence. Each corner feels very different. Need to improve quite a bit.”

Look how close that was in the end! What a qualifying session.

Haas boss Guenther Steiner recently gave Mazepin his own personalised spin top after gaining the nickname ‘Mazaspin’ for his frequent adventures spinning off the track during sessions.

Nikita was quick to respond, bringing in an entire door to the paddock for Steiner this week, making reference to when Kevin Magnussen slammed a door in anger on Netflix’s Drive To Survive. At the time Guenther reacted with, “he does not fok smash my door”, and an F1 meme was born.

It’s not expected that Haas’ season will get much better either, with the team already being open that they’re putting all their effort into the 2022 car. 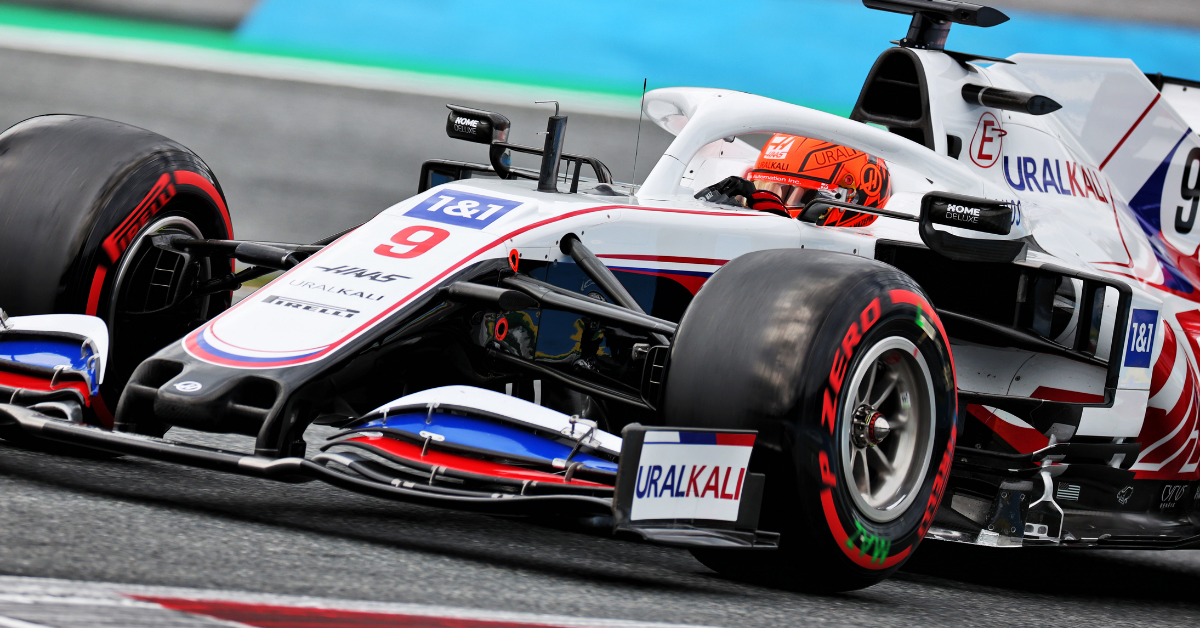