Nikita Mazepin is going to start last for his first ever Grand Prix tomorrow after spinning on both his qualifying laps. Yikes.

On his first flying lap, Mazepin spun at Turn 13 which got in the way of his teammate’s lap. Things went from bad to worse when he did the same thing at Turn 1 on his final lap.

The yellow flags brought out by his spin meant that he didn’t only ruin his chances on his F1 debut, but other drivers were not able to set a fast enough time to get out of Q1. We were left stunned after two shock exits for Esteban Ocon in the Alpine and Sebastian Vettel in his new Aston Martin.

An early spin for Mazepin as he reports "I lost the rears there" over the radio 🔁📻#BahrainGP 🇧🇭 #F1 pic.twitter.com/sEUFFGveAJ

Carlos Sainz was very close to missing out as well, ending Q1 in 15th, but he was lucky enough to scrape through.

The true pace of the Alpine and Aston Martin was definitely not equal to a Q1 exit. Fernando Alonso and Lance Stroll showed that by both getting into Q3, even if they were ninth and 10th.

Not only did Mazepin’s spin mean those on track had to slow down for the first sector, he also broke the unwritten “gentleman’s agreement” and passed cars in the final sector of their out lap, which really compromised everybody else.

Nikita Mazepin has had a shocker in Q1 of the Bahrain Grand Prix!

They then had to back off and their tyres wouldn’t have been up to temperature properly for the lap. To then spin as well is just rubbing salt in the wound. We can imagine there will definitely be a few comments heading his way at the next driver’s meeting.

“Coming into that last corner, my team has told me that – first of all I was working on trying to sort a brake-by-wire issue cause there is an electrical issue that can be sorted by the steering wheel which it wasn’t. They suggested to try it out,” Mazepin told F1.

“Plus, if you would have noticed, I was kept on for a long time on the weighbridge so I lost a lot of time. My team has told me that there isn’t enough time to cross the start/finish line if I don’t go now. I am obviously the team’s driver, I am doing as I am instructed and the instructions were to push.

“To be very honest, I have never heard of this agreement before. However, I will take notice from now on.”

Mazepin has struggled with keeping his car pointing the right way, and the two spins in Q1 – added to his practice spins – make it four spins across a weekend where he has been often just behind his new teammate, Mick.

It’s a Haas back row lockout for tomorrow and it looks like they won’t be able to make much progress from there either.

A dream weekend continues for @Max33Verstappen as he powers to pole 🚀#BahrainGP 🇧🇭 #F1 pic.twitter.com/g9UABr1EK2

Where do you think Haas will end up in the race tomorrow? 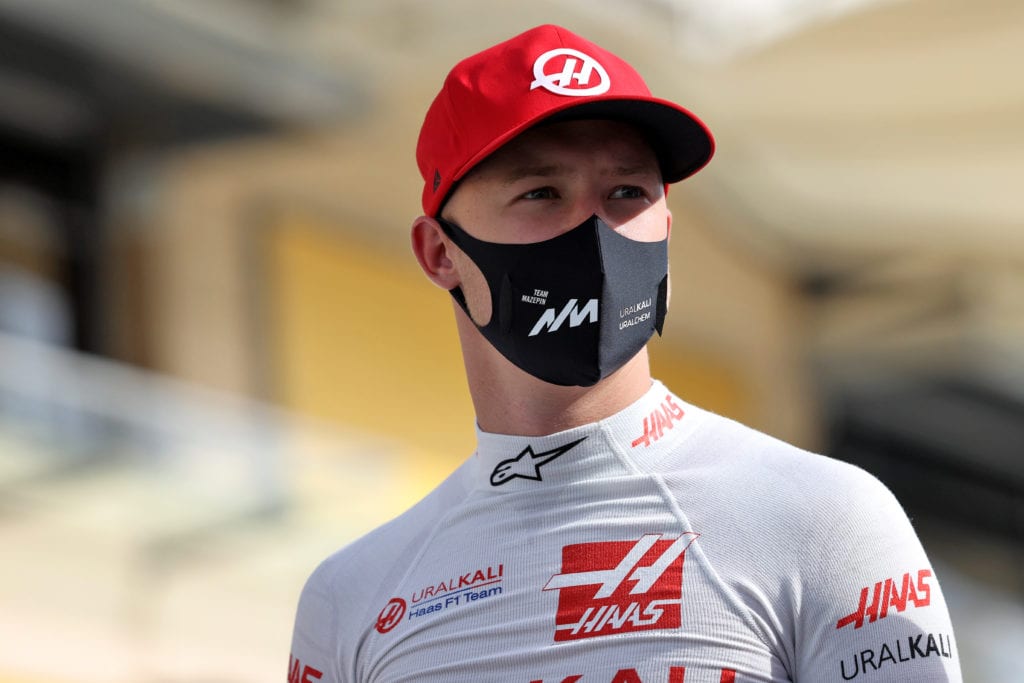