Footage of the last-lap defence between Haas teammates Nikita Mazepin and Mick Schumacher circulated the internet after the Azerbaijan Grand Prix last week. The FIA never investigated the near-miss, but Team Principal Guenther Steiner reassured everyone that it would be dealt with internally.

Someone should really have told the two drivers that, as they made some rather interesting comments about the incident during French Grand Prix media day.

“As long as both cars are returning in one piece with each other, I feel that’s fine with the team boss,” Mazepin said during the press conference.

Mazepin was ahead of Schumacher when they were on the 2.2km straight on the final lap. Mick was going much faster in the slipstream and pulled out to pass Mazepin, who then jinked aggressively in the direction of Mick’s car who managed to avoid him. This still didn’t change the fact that Mick was seriously upset with Nikita’s actions.

“There was no incident,” Nikita continued. “Both cars returned to the pits with front wings, and the paint job was as polished as it was just before the race, so I’d like to look at that in a pretty positive way.

“I think we’ve had a bit of a misunderstanding between us. I thought [Mick] would choose the inside line, but he chose the outside line. When I saw he committed to it, I backed out of it because in the end, we’re not fighting for any points, and the team result is the priority for me.”

The 13th and 14th places meant Haas moved to ninth, ahead of the only other team in the field with no points, Williams.

“I would say it’s very important that [Mick] doesn’t expect to have it too easy, and I’m never going to not block for whatever reason or one another, but I clearly didn’t expect him to be where he ended up being.”

He did say he was sorry he upset Schumacher but not sorry for the move.

“If he felt the way he did, I said sorry because that’s what I think I should be doing. However, it wasn’t for my particular doings at that time.” 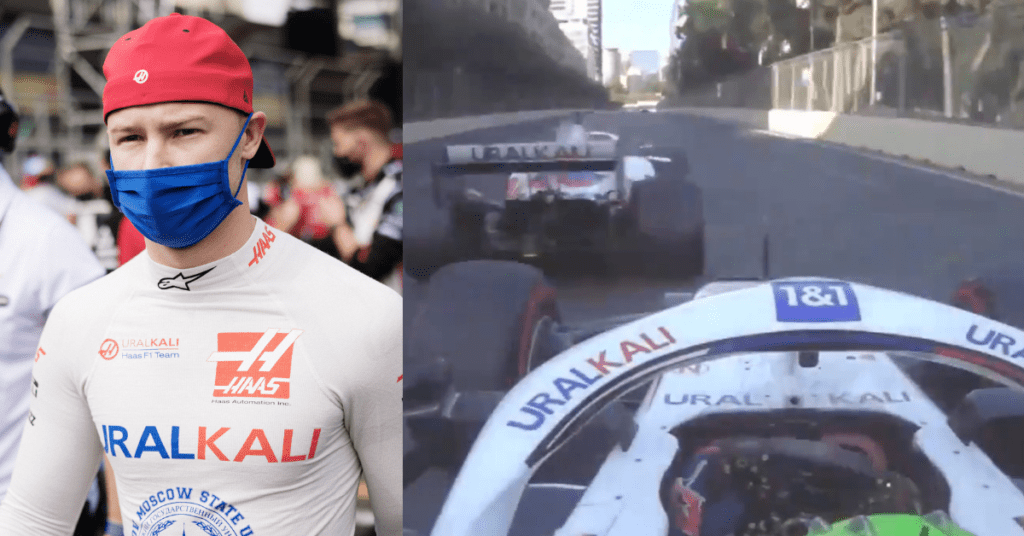