In theory, the way teams choose what tyres they want for each race seems simple. 14 weeks before a race, teams have to submit to Pirelli how many sets of each of the three available tyre compounds they want to take to a given grand prix.

For the Japanese GP weekend the supersoft, soft, and medium compounds are available. Here’s what the teams have picked.

Here are the #Fit4F1 shoes destined for the Japanese Grand Prix in Suzuka!
More on: https://t.co/uPnJ1YqUcm #JapaneseGP pic.twitter.com/wCSRcTDzEC

The McLaren drivers’ allocations really stand out – twice as many mediums as anybody else, half as many supersofts. Has the team got some outrageous strategy in mind that’s going to see Alonso end up on the podium? Err, no.

According to AMuS, McLaren somehow missed the 14-week deadline to choose its tyres. With nothing submitted by the team, Pirelli has therefore gone to a default allocation and given the drivers a more-or-less even split of compounds – four mediums, five softs, and four supersofts.

As you might expect, that’s affected the team’s Friday running quite a bit. Fernando Alonso and Lando Norris did the entirety of FP1 on the mediums and although Stoffel Vandoorne did use the supersofts in FP2, Alonso stuck to the two harder compounds, meaning he’s the only driver yet to try out the supersofts. That should be fun heading into qualifying – although with the Saturday forecast set for rain, it might not matter after all. 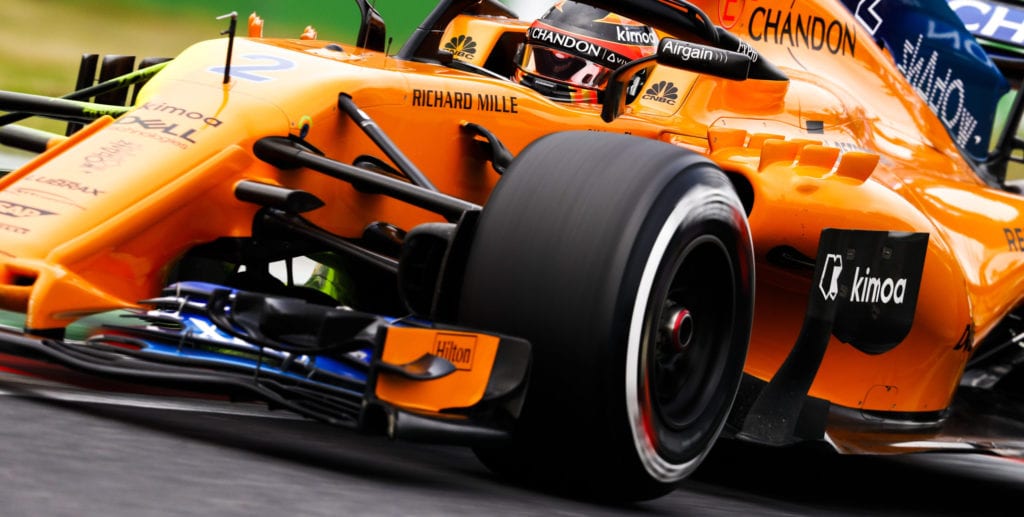