Back in June, Sarah Hartley sent McLaren a video of her four-year-old son, Logan, driving his own version of the MCL34 constructed from that timeless bastion of endless imagination possibilities – the humble cardboard box.

@LandoNorris My 4 year old son is your biggest fan! pic.twitter.com/wTF7FXiyG0

McLaren was so impressed that they invited Logan and his family down to the McLaren Technology Centre for a bit of a tour and to present Logan with the team’s imagining of an F1 car made out of cardboard.

How cute is that!? The attention to detail on the car is great, too, from the inclusion of the Halo device, a movable steering wheel and even a cardboard plaque describing what it is.

To add to the wholesomeness, Lando even asked for a go, which resulted in a photo of Logan continuing to enjoy the car at home.

It's in the living room. Logan says come and play! pic.twitter.com/46JMJPLgnw

That, there, is a look of pure happiness. Bravo, McLaren! 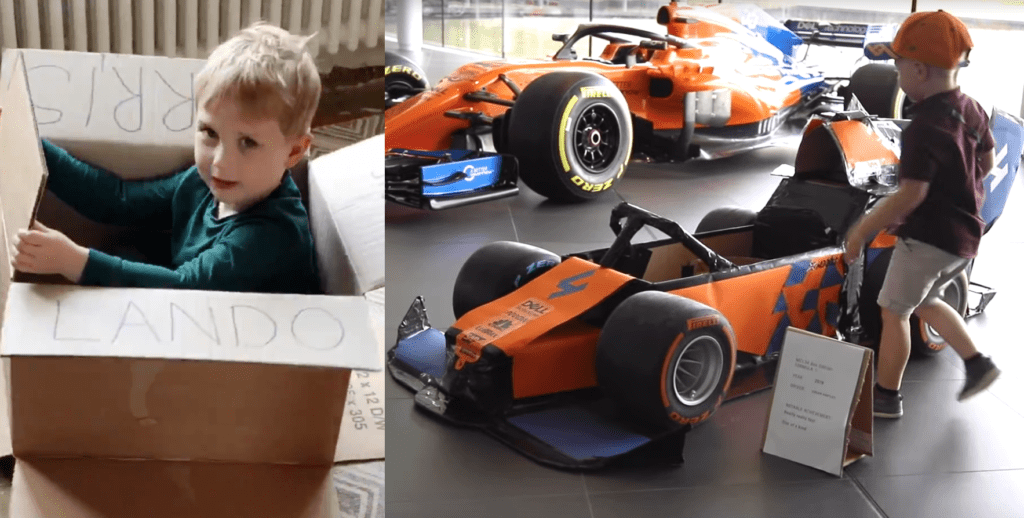