Back in the 90s, McLaren hired a driver famous for horsing around – Gerhard Berger. During his three years at the team from 1990 to 1992, he and Ayrton Senna played a number of notorious pranks on each other, ranging from things like hiding smelly cheese in hotel rooms to throwing briefcases out of helicopters.

Neither of McLaren’s current drivers were even alive back then but almost 30 years later, a similar bit of friendly tomfoolery could be on the cards. At the launch of the MCL34 we asked both drivers if they had anything cheeky planned in the way of pranks or practical jokes – first up was Carlos:

“I haven’t really thought about any actually, you might have given me a few ideas now! I think we have a good banter now between us and it’s been good meeting him the last couple of months. We’ve shared quite a lot of meetings together and everything, so by now we know each other quite well.”

Of course, any good relationship based on practical jokes goes both ways. When we told Lando that his new teammate might be coming up with some ideas, he reckoned he might have to put his own thinking cap on:

“[The banter] is getting there – I will think of some things. You can’t really have the British sense of humour I don’t think. I will have to come up with some stuff, or do my research – what annoys a Spanish bloke?”

Have we started a war? Lando’s response: “maybe…”

On a slightly more serious note, the two of them seem to be getting along pretty well. Despite Sainz being the senior driver (a term he’s not a fan of!) he said that as a newcomer to McLaren as a team, there’s still a lot he can learn off of his junior teammate.

“I think I bring the experience in F1, the experience of four years in two very solid midfield teams. It’s incredible that at 24 some people are calling me the senior driver – I’ve always been called the rookie, the young driver, and now at 24 they call you a senior now. He owes me a couple of coffees there because I don’t like it, being called a senior!”

“But you know he brings a year of experience or two with the team, he knows everyone in the team, he knows last years car – he’s tested it. He’s done plenty of laps and he has that reference of last year’s car. He’s also going to help to develop this car because he has a background of the other cars, so I think we bring experience from different ways and that is going to help the team go forward.”

Even though it’s now been nearly five years since McLaren even scored a podium, for such a big team with so much in the way of resources, you’d expect success to return eventually. Could Carlos and Lando be the drivers to achieve it? Perhaps. And if they’re having fun with each other doing it, then all the better – just make sure to share it on social media, guys! 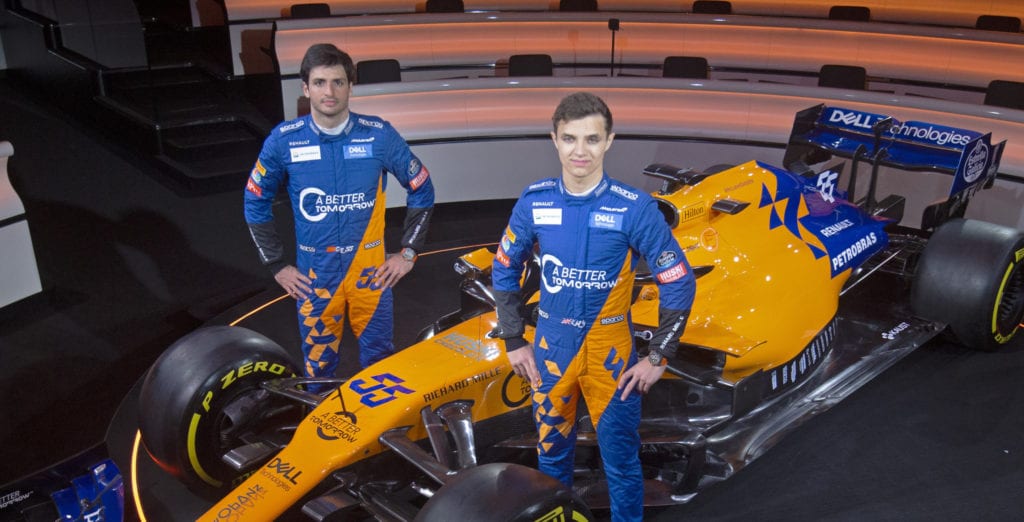