McLaren Getting Renault Power Is In The Hands Of Toro Rosso – WTF1
Skip to content
×
Formula 1 , News

McLaren Getting Renault Power Is In The Hands Of Toro Rosso

The engine situation with McLaren, Honda and Renault is a fascinating one, and it all hinges on what happens at Toro Rosso. Hopefully it’ll all become clearer in the next few days.

If you haven’t been following F1 news in the last few weeks, McLaren is looking to get Renault power for the 2018 season after its continued struggles with Honda.

But, Renault has said it won’t open up a fourth supply slot, already providing engines for its own factory team, Red Bull and Toro Rosso. It isn’t keen on the idea of adding another team to its tally.

There have been some recent murmurings of Toro Rosso switching across to Honda, keeping the Japanese manufacturer in the sport and opening up a slot for McLaren to snatch Renault power.

So, therefore, Honda’s future in F1 and McLaren’s 2018 engine supply pretty much hinge on whatever Toro Rosso decides to do.

If they stick with Renault, McLaren will have to remain with Honda power units, because the team doesn’t really have any other option.

Speaking about Renault’s poor reliability, managing director Cyril Abiteboul admitted it’s one of the reasons why the French manufacturer doesn’t want to supply a fourth team.

“It is many little different things that need to be addressed. It is the whole thing that has to improve in quality, but I have all the confidence in the management structure to do that.

“And frankly, that is one of the reasons why we do not want to have more customers than we already have. We do not want to dilute the effort that goes into next year and to the fact that next year’s engine will be designed in a very reliable manner.”

McLaren and Toro Rosso are hoping to secure their 2018 plans this week and F1 is apparently doing “everything it can” to keep Honda in F1.

It’s certainly an interesting situation and we’ll have to see what happens. Will we have a Honda-powered Toro Rosso and Renault-powered McLaren, or no change at all? We’ll see soon! 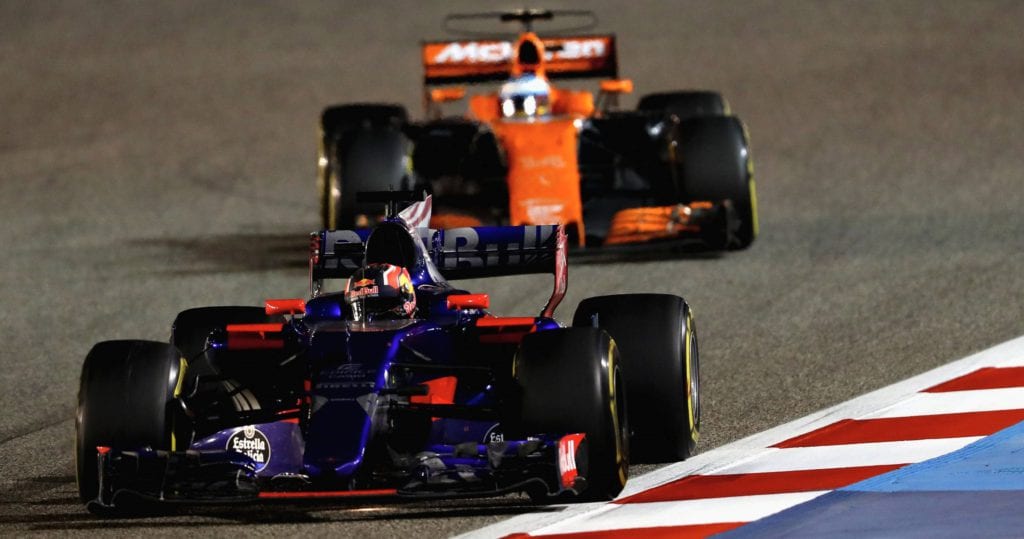