McLaren Has Launched A Hilarious Plan To Host A Grand Prix In Woking – WTF1
Skip to content
×
Formula 1 , Fun

We’ve all thought about what a street circuit in our home town would look like, but McLaren has gone a step further with the fantasy and gone all-out. The team has been spending the mandatory summer shutdown wisely and has come up with a solid proposal for a potential future Grand Prix in the McLaren’s home town of Woking.

The whole thing is of course a joke, but so much effort has been put into it! The layout of the proposed ‘Woking International Circuit’ takes in commercial, industrial and residential areas of the town and will apparently be as glamourous as Monaco and Singapore. McLaren also say that it’ll be one of the fastest street tracks around, with “a projected top speed of 195mph for the front-running cars” – so not McLaren-Honda, then!

It’s not just the fantasy layout that the team have come up with though. Oh no. It seems the logistics have really been thought about – McLaren’s Chief Operating Officer Jonathan Neale said:

“Why not? Why not bring Formula 1 to the streets of Woking? Obviously, aside from the huge social and financial commitment needed to set up the infrastructure, re-profile roads, re-lay Tarmac, fit miles of Armco, build grandstands, pay for race-hosting fees and gain approval and sign-off from the FIA, we don’t see any barriers to our vision. In an era that’s often seen as being hemmed in by bureaucracy and narrow-mindedness, that’s actually very refreshing.”

Executive Director Zak Brown is also up for the task:

“It was Mika who first raced a Formula 1 McLaren around the streets of Woking, way back in 1998. When I say ‘raced’, he wasn’t actually racing it, he was driving it. Slowly. Which was probably an even tougher test for Mika, because he never drove anything slowly. “Still, that event lit a spark that started a fire that turned into a dream that we converted into an idea: to host a round of the Formula 1 world championship on our doorstep, in Woking.”

The proposed layout goes past two of McLaren’s former factories and because the roads are part of the regular commute for the staff, Brown says McLaren will have a significant advantage.

“Our engineers, our mechanics, our strategists have all actually driven this track. In fact, they’ve lived it, which actually gives them a head-start over the rest of the field. They know every bump on the track, every ripple in the Tarmac, every useable rush-hour rat-run, every decent takeaway restaurant within a five-mile radius of the start-line. That’s the sort of advantage you can’t buy.”

Other team members are also enthusiastic about the idea, with Stoffel Vandoorne saying that his experience of driving around the town in his Honda Civic will give him the edge.

As for the logistics, McLaren say the paddock will be floated on pontoons and located on the canal, and instead of a media centre journalists will have to work from local cafes and use wifi hotspots. It’s a flawless plan.

It’s great to see the team having so much fun in the post-Ron Dennis era, especially given the nightmare season it’s had this year. It’s a pity the whole thing is a joke though, because it’s the best news we’ve heard about the future of the British Grand Prix for months! 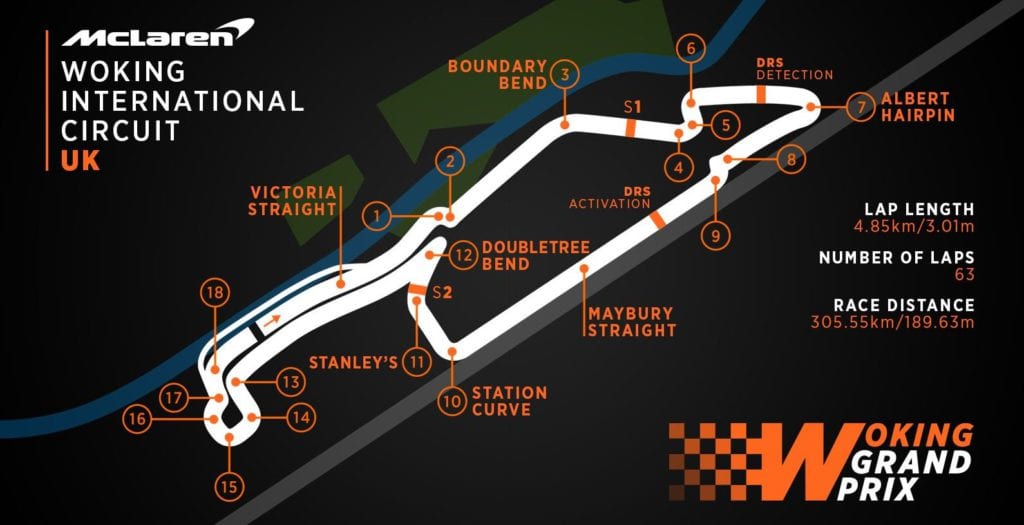