McLaren Has Revealed The MCL34 And Its Funky Blue And Papaya Livery – WTF1
Skip to content
×
Formula 1 , News

McLaren has become the eighth team to reveal its 2019 contender (well, the ninth if you count the Alfa Romeo leaks). 2018 was a hugely disappointing year so the hope will be that the MCL34 can at least put the team into a strong midfield position as it works its way back to the front of the grid.

The team has stuck with the historic papaya but added more blue, as well as adding a funky triangular digital design which is similar to the branding McLaren has used in its esports programme, the Shadow Project.

It’s a nice look – we especially like the mini shark fin thing with the driver’s number on. it’s also good to see a McLaren with plenty of sponsors on it. After all, for the last few years the cars have looked a little bare.

Is this the car to turn around the team’s fortunes? Can Carlos Sainz and Lando Norris pull off some results worthy of the McLaren name, or will we have to wait a couple more years to see any progress? 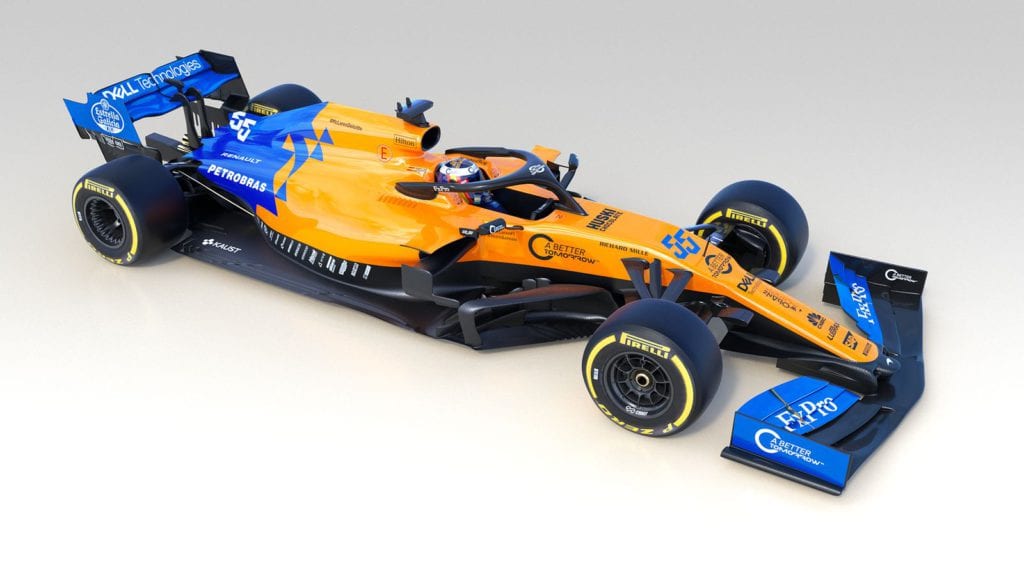