McLaren Reveal Backup Plan If Norris Gets A Race Ban

Lando Norris is going into the British Grand Prix weekend with eight penalty points on his licence, that’s only four away from a race ban! They don’t expire until at least November either which means Lando can’t put a foot wrong until the season’s basically over.

If a driver gets 12 penalty points in the space of a year, then they will get a race ban. Them’s the rules. The points can range from one to three points but the stewards haven’t had much chill this year and haven’t been scared to give three points out if they see fit.

McLaren have a plan in case it comes to a Lando ban, they’d be silly not to, Andreas Seidl said in an interview with RTL: “We have an agreement with Mercedes regarding the reserve drivers.”

Mercedes are sorted when it comes to back up drivers, they’ve got Stoffel Vandoorne, Nyck De Vries and last year’s super sub Nico Hulkenberg on their books if need be.

If it comes to it, McLaren will probably call up whoever Mercedes have at the necessary race but Vandoorne would proabably be the preferred option. He drove for McLaren for two seasons and on some days did outclass Fernando Alonso. Not that often, but just trust us.

But no Vandoorne available wouldn’t be a bad thing. F2 champ De Vries was also a McLaren junior back in the day and we all know what the Hulk can do at short notice!

Seidl though was not happy that one of his driver’s was this close to a race ban in the first place because: “It is not reassuring. There is a fundamental risk [that he’ll get a ban]. It cannot be in the spirit of F1 that a driver has to sit out a race for the kind of incident we saw in Spielberg.”

Lando was given two penalty points in Austria for his early incident with Perez when he forced him off the track in defence. He was given a five second penalty, the lowest penalty a driver can get. It seems a bit mad that lots of small mistakes can cause a race ban than a large one.

The last driver to be banned from a race was Romain Grosjean in 2012 and that was because he caused a pileup at the start of the Belgian GP that year. That incident, and lots of other first lap crashes, was why the penalty points system was developed.

A driver ban because of penalty points isn’t new territory for the stewards though, Mahaveer Raghunathan accumulated enough points to be banned from an F2 round in 2019, it was cut and dry for him and he missed the entire Austrian round. He actually got 12 more penalty points in the same year by the last race but because it was the end of the season, he didn’t compete again so didn’t get another ban. 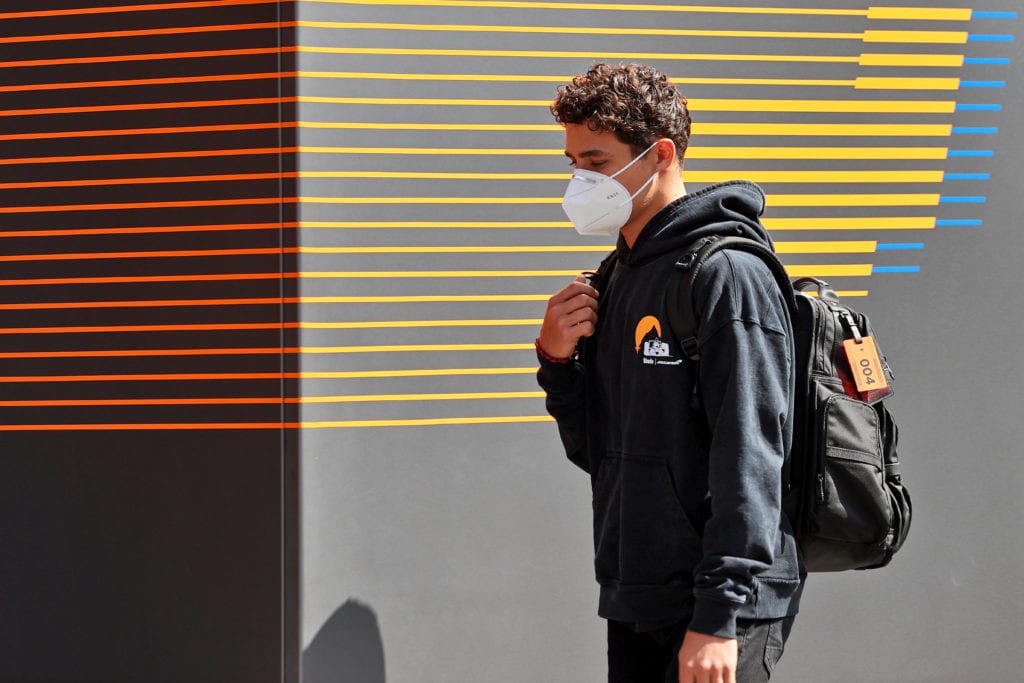