McLaren-Honda Expects To Be Even Slower In China – WTF1
Skip to content
×
Formula 1 , News

McLaren-Honda Expects To Be Even Slower In China

The performance of McLaren in Australia was something of a surprise to everyone, with Alonso running in the points for much of the race and Vandoorne actually getting to the chequered flag – albeit dead last, and with some issues. 30 years ago that would have been something to shout about, but in this era of ultra-reliability just finishing races isn’t enough anymore.

The Shanghai circuit however is very different to Albert Park, as the long straights will highlight any deficiencies in engine power – something the Honda engine is lacking. In testing Alonso reckoned they were lacking as much as 30 km/h on the straights and while that gap has probably since been reduced, Eric Boullier expects China to be a difficult weekend. He said:

“Shanghai is known to be an unpredictable weekend for a number of reasons: it’s tough on cars, tyres and power units and the weather is often precarious, but I can predict that we won’t be as fortuitous with our pace, compared to our rivals, as we were in Australia. The characteristics of the Shanghai International Circuit are very different from Melbourne, and its long, fast straights will likely expose the weaknesses in our package more than Albert Park did.”

“The track itself places a lot of stress on the power unit with its slow and medium speed corners, and two very long straights. The key will be preparation and set-up.”

Of course, preparation and set-up is the key for every team, but for McLaren-Honda where simply finishing the race will be an achievement it becomes even more crucial.

Those long straights will make it difficult for either driver to put in the kind of performance Alonso did in Melbourne, which he described as his “best ever race”. The nature of the Albert Park circuit made it possible for him to keep much faster cars at bay, even though both McLarens spent most of the weekend at the bottom of the speed trap. But that won’t be possible on other tracks with Alonso saying he thinks McLaren are the slowest team.

With a kilometre long straight and DRS which is likely to be much more effective, McLaren could be in big trouble in China. But hey, you can’t fault their approach. Setting goals so low that it makes it almost impossible to fail to achieve them is a foolproof plan! 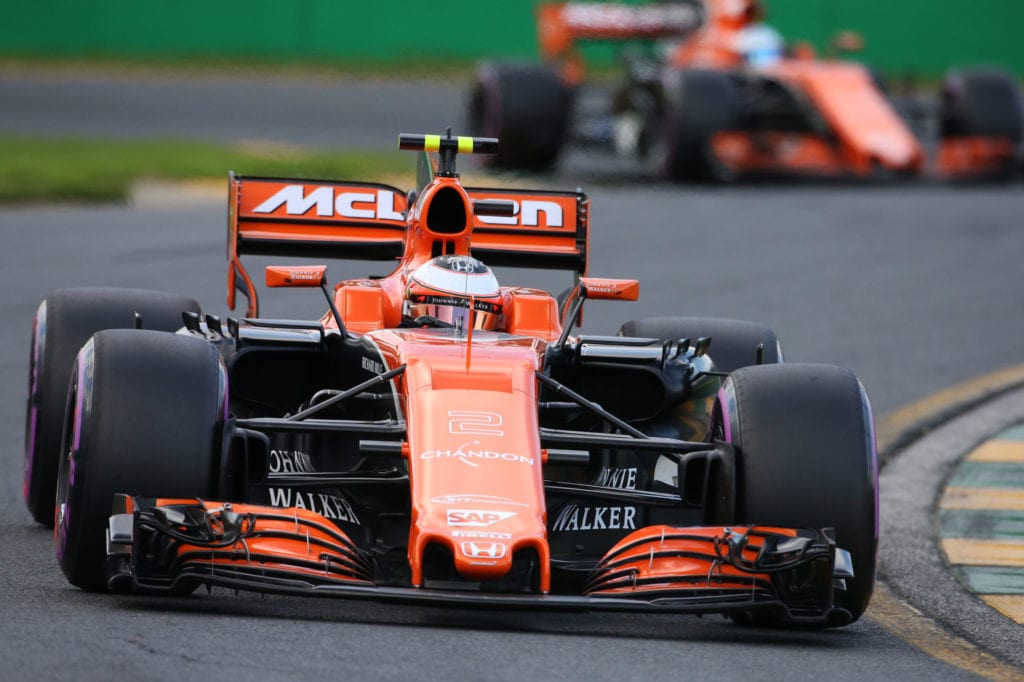