McLaren Is Doing Everything It Can To Keep Hold Of Alonso For Next Year – WTF1
Skip to content
×
Formula 1 , News

For months Fernando Alonso has been saying that he won’t be making a decision on his F1 future until the summer break. Well, now it’s the summer break and we’re all waiting for his decision over where he’ll be in 2018.

As much as we’d all like to see him driving at a top team like Mercedes or Ferrari again that’s pretty much an impossibility. Renault has been a strong rumour, but now that Robert Kubica is back in the frame there that’s looking unlikely too. It looks like staying at McLaren might be his only option, even though he’s said the team need to win by September for him to commit to another year.

McLaren itself desperately wants him to stay though, and given some of his performances this season it’s easy to understand why. If Honda gets its act together and builds even an engine that’s even vaguely comparable to the others then you’d expect Alonso to be up somewhere at the front again.

Speaking to Motorsport.com, Neale said that although Alonso has been saddled with an uncompetitive car he’s is still giving it everything he’s got, and is driving brilliantly.

“I do think he is driving as well as ever. If you look at how hard it is to overtake around in Hungary generally and then look at the move he made on Sainz – that was great. He tried a move the first time, he didn’t quite make it stick but he got it the next time round. To do that safely and cleanly as he did is a great demonstration of his skill and fighting spirit.”

He also said that the team is doing everything it can to entice Fernando into staying on with them for another year.

“If I put my personal colours to the mast, I’d love to have Fernando in this team. I know we’ll do everything we can to keep him in this team but I recognise he will have choices – nothing is a given. I think he’s a great guy, he’s one of the best drivers I have ever worked with and I’d love to have him for longer.”

If McLaren is doing “everything it can” to keep him, then does that mean the chance of an engine switch for 2018 is still on the cards? Ferrari and Mercedes have already ruled out a deal, which leaves just Renault. However despite recent improvements from Honda, Neale said that nothing had been decided yet.

There’s a whole lot of excitement surround what Fernando and McLaren will do in 2018, but it’s looking like things are probably going to remain as they are.

Unless Alonso decides drop a bombshell to retire altogether, anyway! 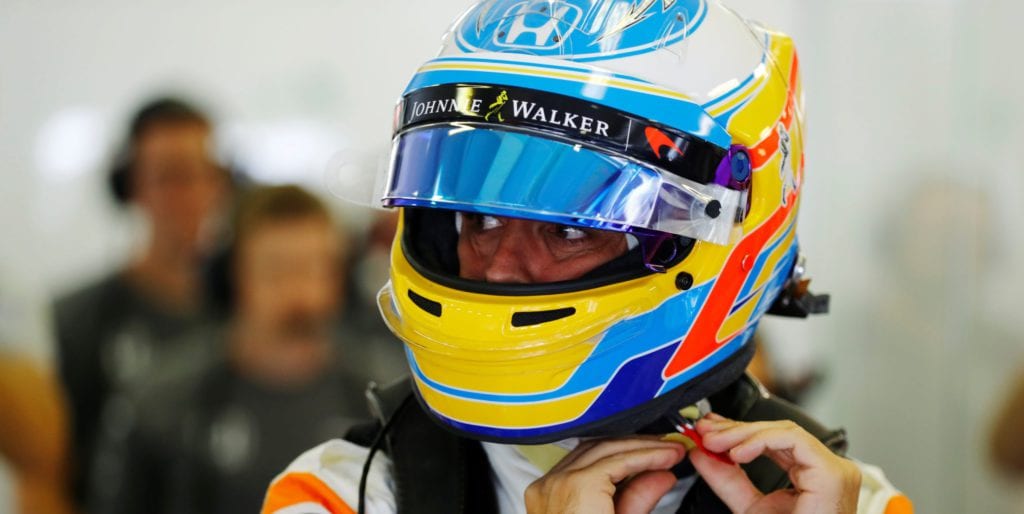