McLaren will become a full-time entrant of the IndyCar series in 2019 – but not with its own scratch-built team.

Instead, McLaren is joining forces with Schmidt Peterson Motorsport, the team that currently runs James Hinchcliffe and Marcus Ericsson, with the recovering Robert Wickens also on board. With main sponsor Arrow (which also sponsors the McLaren F1 team) and other partners such as motorsport watch brand Omologato, the name of the team will become ‘Arrow McLaren Racing Schmidt Peterson’ and the black and gold liveries will be replaced with McLaren’s famous Papaya.

Power will also switch from Honda to Chevrolet engines for reasons which we probably don’t have to line out here, while Gil de Ferran (who headed up McLaren’s IndyCar programme this year) will remain involved.

“The partnership will see the infrastructure of Arrow SPM underpin the team’s operations, while McLaren adds technical expertise, commercial experience and marketing strength to enable the new entity to perform at the highest competitive level and regularly challenge for wins and the series title. Arrow SPM co-founders Sam Schmidt and Ric Peterson continue in their current roles.

McLaren has wanted to get into IndyCar for a while now and teaming up with a race-winning outfit such as Schmidt Peterson seems like a thoroughly sensible way to do it. As the Indy 500 showed, trying to do pretty much everything from scratch yourself is a huge mountain to climb, what with the unique challenges that IndyCar’s varied calendar presents. Think of this deal in a similar way you would with Alfa Romeo’s F1 team – everything is still run by the Sauber operation, just with the added boost of Alfa’s branding, funding, and technical expertise.

The driver line-up for AMRSP has yet to be announced – though Ericsson is rumoured to be departing, with Fernando Alonso’s plans for 2020 also currently remaining under wraps. This news is sure to prompt plenty of speculation – will he just turn up for Indy, do a part-season to help him prepare, or will he be tempted into doing the whole year? 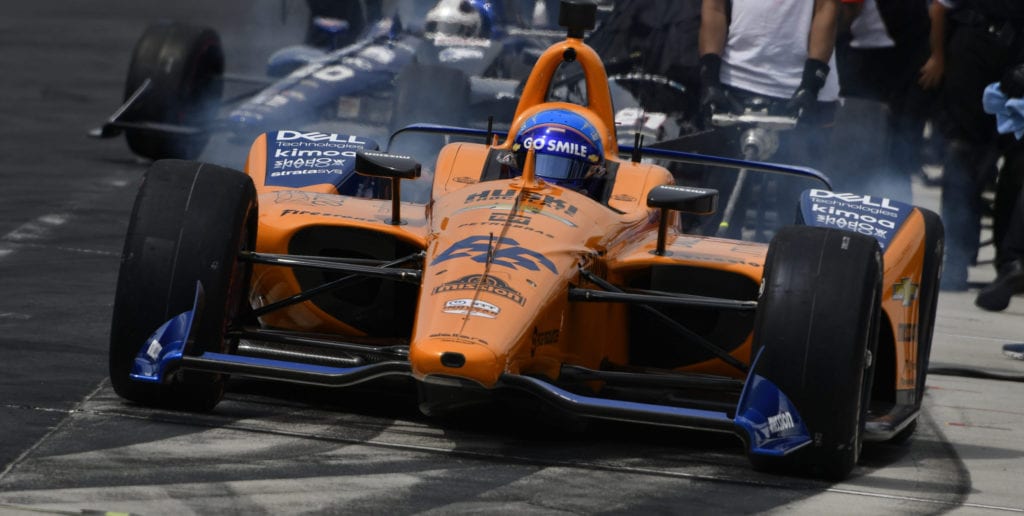