McLaren Is Launching A Competition For Gamers To Become An Official Simulator Driver For Its F1 Team – WTF1
Skip to content
×
Formula 1 , Gaming

Although sportscar racing and Formula E have been dabbling in esports for a while now, Formula 1 hasn’t really embraced the concept of getting gamers involved with the sport. That’s all set to change this year though as McLaren is set to launch a “World’s Fastest Gamer” competition, with the winner given a role as a simulator driver for its F1 team.

The contest is being done in collaboration with Darren Cox, who had a big role in the GT Academy competitions and has been a driving force behind combining the virtual racing world with the real one.

There are going to be 10 spaces available in the competition. Six of those will be filled by people who have been selected by both gaming and F1 experts, while the other four spaces will be up for grabs in a series of qualifying events.

Those qualifying events will take place in summer this year, with gamers having to prove themselves across a wide range of different games and platforms. They will also have to show that they can work as a team, have a certain amount of engineering knowledge, and are strong enough both mentally and physically.

More details will be revealed in due course, but all stages of the competition will be viewable on YouTube and across social media. The final will take place at the McLaren factory in the autumn with the winner being offered a one-year contract to work for the team as an official simulator driver. How cool is that?!

“This is a hugely exciting opportunity – not only within the gaming industry, but for everyone at McLaren and motorsport in general. We’ve long witnessed the growth of online sports gaming and, right now, the parallels between the real and the virtual worlds have never been closer. This is absolutely the right time to be creating such a unique and exciting proposition; one that connects the worlds of racing and gaming in a way that’s never been explored before.”

He also mentioned the importance of the competition being accessible for as many people as possible, hence the need for competitors to prove themselves across a range of different games rather than just favouring those who are adept at one particular sim:

World’s Fastest Gamer really aims to democratize the process of finding the best virtual racer out there. The contest isn’t limited to one platform or one game; we’re very keen not to restrict access or entry for people, but rather welcome the worldwide gaming community, whether that’s on mobile or on high-end simulator platforms. And the winner will genuinely be a key part of our team at McLaren. This is for real: we absolutely require additional support across our two simulator platforms, so the competition and the selection process will be rigorous, ruthless and compelling to watch.”

Can you imagine something like this happening under Ron?! Either way an F1 team getting involved with gaming and esports is absolutely ace news. Let’s hope we see more of this sort of thing from McLaren and other teams in the future.

Will you follow the competition or even enter it? Let us know in the comments! 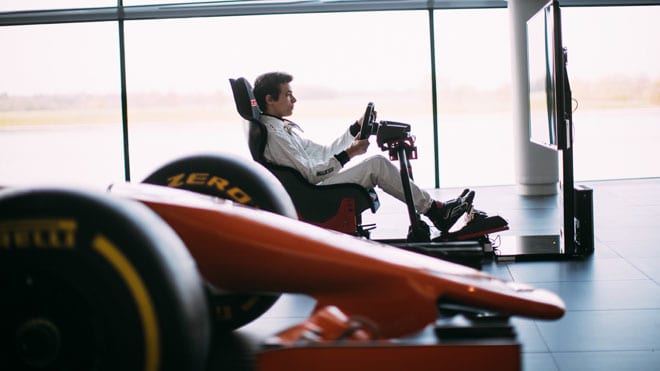